Death of 'Wipeout' contestant under investigation 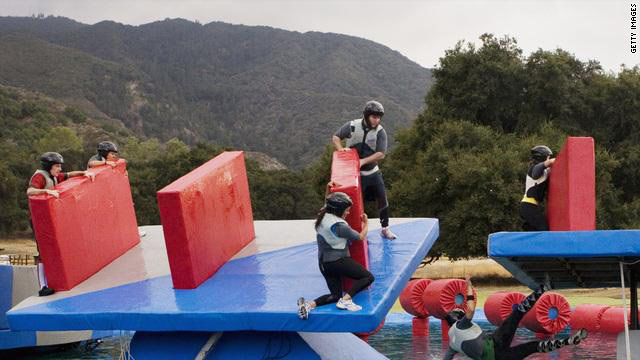 (CNN) -- The death of Tom Sparks, a 33-year-old former TV host from California who was participating as a third-season contestant on ABC's reality show "Wipeout," likely was caused by a pre-existing condition, but the Los Angeles County coroner's office is still examining all possibilities.

Sparks died on November 5 of an apparent stroke that his doctors believe was triggered by a pre-existing disease that causes unnatural blood clotting, according to a statement his father released to the Idaho Mountain Express. Sparks previously had worked in radio in Idaho, according to his résumé.

An autopsy was conducted on November 8, but test results are still pending.

"There's nothing we can confirm until we look at everything," the coroner's office told CNN. "We don't want to jump to any conclusions yet."

A source close to the production company that produces "Wipeout" for ABC said that Sparks began to complain of knee pain while running through the first part of an obstacle course challenge during taping on October 19.

Although Sparks was in good spirits, the spokesperson said, producers pulled him from the course. Medics realized he was also experiencing shortness of breath and sent Sparks to a hospital close to "Wipeout's" set.

Between the day of taping and November 5, Sparks was transferred to Cedars Sinai hospital in Los Angeles, California.

The Endemol spokesperson said the company requires all participants to undergo a full physical screening, but it's highly unlikely that Sparks' disease -- antiphospholipid antibody syndrome, or APS -- could have been detected, and Sparks did not list it as a pre-existing condition.

"We offer our heartfelt condolences to the family," ABC and Endemol said in a joint statement. "This is a tragic loss and our thoughts are with them at this time."

Sparks was survived by his wife, Kate, according to the Idaho Mountain Express. The couple would have celebrated their two-month wedding anniversary on November 6.