(CNET) -- Large Internet companies spend millions on consultants and technology trying to get their sites to rank among the highest results on Google. Everyone else has to rely on the poor man's search-engine optimization: the link exchange. 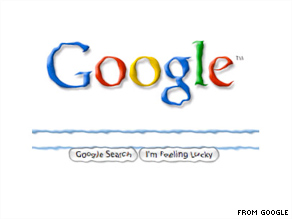 The thinking behind link exchanging is that Google will record links as a vote of confidence for sites.

If you've ever hung up your own shingle on the Web, you've probably gotten an e-mail to this effect at some point: "Dear So-and-so, I believe your site and mine could benefit from exchanging links."

We probably get eight to 10 a week in the CNET News general mailbox, mostly from technology-related companies but occasionally from auto-parts suppliers and watch retailers who either have no idea what we do or few moral qualms about spam.

The idea is that if you can coax a link out of a large site like CNET, Google and other search engines will record that link as a vote of confidence in your site's worthiness and improve your ranking in searches for certain topics, thereby boosting traffic to your site. The technique is quite old, dating back even before Google and its PageRank system emerged as the Web's dominant search engine.

But does it still work? And at what point do two or three sites struggling to get off the ground veer off the road from mutual assistance to a full-blown spam operation designed to game the system?

Evan Duffield, for one, thinks it still works. He contacted us trying to get CNET to exchange links with WarpedAI.com, a site he has launched to promote stock-trading tools for day traders, and says he has been able to slowly build up the PageRank of another site he owns using techniques that don't run afoul of Google's Webmaster guidelines.

"It's kind of a vicious circle," he said. "To start a new business you need PageRank, but to get PageRank you need links to your service. You have to get the ball rolling."

PageRank is the currency of the Web. Google's novel approach to site indexing way back when was to evaluate the worthiness of a site based on how many other sites were linking to it, also taking into account the worthiness of the sites passing along the links.

But how do you get a link from one of those sites? Google's official advice: "The best way to get other sites to create relevant links to yours is to create unique, relevant content that can quickly gain popularity in the Internet community." That, of course, sounds like something your mother would say.

In a Web as vast as this one, getting attention for a new site, even one with superb content, is a very difficult undertaking. Bloggers can discuss each other's work and help each other build up a following, but if you're selling a product or service it can be much more difficult to climb the ranks of search results for things like "day-trading software" when you're starting from scratch.

So Webmasters like Duffield turn to solicitations for links. Danny Sullivan, who writes about search-engine optimization for Search Engine Land, says "if you're a new site, absolutely you want to be doing link building. But you need to be doing that in a smart fashion."

Duffield says he's very careful to only solicit links from sites that are related to his product: his pitch for exchanging links that somehow wound up at our doorstep was addressed to computer-go@computer-go.org, a mailing list for hobbyists trying to tackle the difficult chore of building a computer AI system for the ancient game of go.

That was a mistake, he said; the result of prematurely hitting send on an e-mail template. Duffield compiles his targets by searching for sites that are related to finance and stock trading, and attempts to contact a general e-mail address to pass along his site's information and offer a link exchange.

"It's not about the actual links so much as it is optimizing search queries," Duffield said. "When I figure out a query I want from Google, I can see the top three positions have this much page rank and this many positions, and try to beat that out."

As long as people like Duffield are exchanging links without offering payment, or crossing obvious lines such as breaking captchas and posting spam links in guestbooks or comment forums, they're following the spirit of Google's Webmaster guidelines.

"Where it tends to get into tricky issues is where people are doing it primarily for payment," Sullivan said. "Search engines would see links as votes. Google does not like that people would simply be buying links to do better.

While paid links are clearly off-limits, Google appears to ban link exchanges in general, saying it does not allow "excessive link exchanging" but failing to define exactly what constitutes "excessive."

Other practices that are verboten include links to "bad neighborhoods" on the Web and complicated networks of several Web sites with little content but pages and pages of links amongst themselves that Google can usually identify.

For the most part, however, the practice is rampant enough that only the most egregious violations get snagged. "If you start thinking too much about not getting caught, you're probably doing things you shouldn't be doing," Sullivan said.

In an era where SEO is a budding industry unto itself, link exchanges are perhaps the most basic approach. Far below the realm of those dithering over Google's search index are those like Duffield trying to make something out of literally nothing.

While he needs to build PageRank equity to get started, Duffield acknowledges that at a certain point that Google is right: a site will live or die on its content. Link exchanges only work to get one's name out there: the real boost needed to turn a Web site into a business comes when real people start discussing and linking to a service on blogs, message forums, and social-networking sites.

That's when your search ranking (and therefore traffic) really starts to grow, he said. "If you can make Google see that something is being talked about all over the Internet, what choice do they have?"