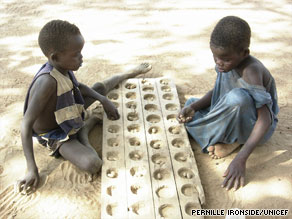 All About UNICEF • Sudan • United Nations • Darfur • Save the Children