WASHINGTON (CNN) -- The United States temporarily closed its government facilities in South Africa on Tuesday after a "possible threat" to its embassy, the U.S. State Department said. 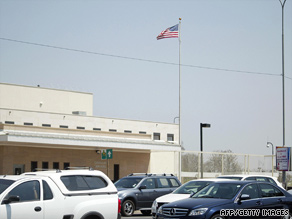 The U.S. Consulate in Johannesburg, South Africa, is among the American facilities closed Tuesday.

The U.S. Embassy in Pretoria and other government offices in South Africa will remain closed Wednesday as the security threat is being monitored, embassy spokeswoman Sharon Hudson-Dean said.

"We are ... notifying the American community in South Africa to remain vigilant," Kelly said. "We are also maintaining close contact with South African authorities on this issue."

He had no further details on the "possible threat" to the embassy in Pretoria.

Kelly said the embassy's Emergency Action Committee met and is formulating an appropriate course of action.

CNN's Nkepile Mabuse and Elise Labott contributed to this report.

All About South Africa