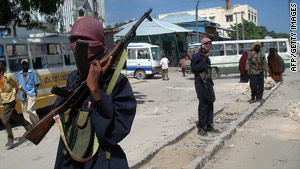 (CNN) -- War-plagued Somalia, with its crumbling government infrastructure, is the world's most corrupt country, according to a global survey by the international watchdog Transparency International.

As was the case last year, the 2009 survey found that countries that scored lowest all have something in common: they are fragile, unstable and scarred by war or long-standing conflicts.

"When essential institutions are weak or non-existent, corruption spirals out of control and the plundering of public resources feeds insecurity and impunity," the group said.

On the other hand, countries that fared well in the survey have oversight to stem corruption. These include a well-performing judiciary, an independent media, and vigorous law enforcement, it said.