(CNN) -- As the leaders of the world's industrial powers gather this week in Pittsburgh, Pennsylvania, their economies are starting to emerge from the shadow of the worst financial downturn since the Great Depression. 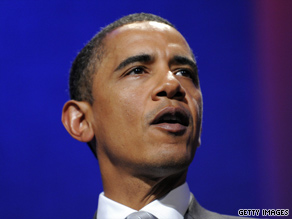 A year ago, global markets were in free fall as governments moved to prop them up, sometimes nationalizing financial institutions and automakers. At this year's Group of 20 summit, the leaders will begin looking at an exit strategy for the programs that were considered necessary, but often added trillions in government debt.

"The Pittsburgh summit is an important opportunity to continue the hard work that we have done in confronting the global economic crisis and renewing prosperity for our people," President Obama said in a statement ahead of the start of the two-day G-20 summit, which begins Thursday.

"Together, we will review the progress we have made, assess what more needs to be done, and discuss what we can do together to lay the groundwork for balanced and sustainable economic growth."

Several major economies, including Germany, France and Japan, have announced that they have emerged from recession, prompting hopes that the worst of the financial crisis has passed.

The G-20 nations represent about 85 percent of the world's economic output.

G-20 finance ministers and central bank governors, in a meeting earlier in September, agreed not to start cutting back yet on stimulus efforts already in place, because that would put economies at risk for plunging back into recession. However, they recommended countries should start working on exit strategies, which will vary by nation.

The ministers also have proposed that bankers' bonuses be based on long-term merit, not on short-term risk-taking.

They're trying to address requests from some European countries for curbs on huge bonuses in the financial sector, which had been distributed despite the global economic downturn. Ministers opposed paying large bonuses up front.

The bonus control mechanism is aimed at paying for results. Bonuses would be forfeited if the initial success doesn't hold long term.

All About G20 Industrial Nations • Pittsburgh