(CNN) -- An outspoken Saudi human rights advocate who was imprisoned without charge for nearly eight months was freed this weekend, according to a fellow human rights activist. 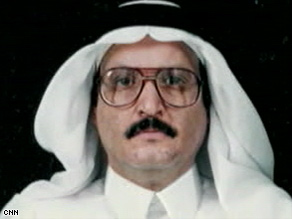 "He is very healthy and his morale is quite high -- surprisingly after eight months," said al-Qahtani.

Both men are Saudi college professors.

It's unclear why al-Faleh was arrested. A Human Rights Watch report condemning the arrest and urging al-Faleh's release said his detention came two days after he publicly criticized conditions in a prison where two other Saudi human rights activists are imprisoned.

It was also unclear why he was held for so long. According to al-Qahtani, Saudi law mandates that no one can be held for more than six months without charge.

"The criminal code says you charge him or release him, but sometimes they do not respect the law they issued," al-Qahtani said.

An official at the Saudi Interior Ministry said he had no details about al-Faleh's case.

Jamila al-Uqla, al-Faleh's wife, spoke to CNN in May, shortly after her husband was detained.

She described how her husband had been arrested without charge and interrogated repeatedly. Al-Faleh had decided to go on a hunger strike to demand that he be told why he was being held, she said.

His wife stressed that she and al-Faleh are patriotic Saudis. "My husband is transparent and doesn't hide anything," said al-Uqla. "He says whatever he sees. He has loyalty to his country and the interests of his country."

It was not Al-Faleh's first brush with the Saudi legal system. Al-Faleh, Abdullah al-Hamid and Ali al-Dumaini, who runs a Saudi discussion Web site, were arrested in 2004 for circulating a petition meant for then-Crown Prince Abdullah which called for a constitution guaranteeing basic human rights.