Poll: Half of Israelis back bombing if needed to stop Iran nukes 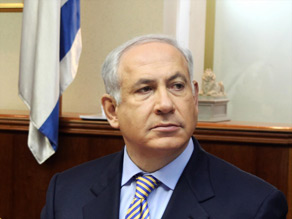 Some 52 percent of Israelis say the country should bomb Iran's nuclear reactor, while 35 percent are against, the poll found. The margin of error in the poll of Israelis is 4.5 percentage points.

Hebrew University released the poll shortly before Israel's Prime Minister Benjamin Netanyahu was due to make what he called a major speech to lay out his plan for the country's peace and security.

"We want to achieve peace with the Palestinians and with the countries of the Arab world, while attempting to reach maximum understanding with the United States and our friends around the world," Netanyahu said on June 7 in announcing the speech. "My aspiration is to achieve a stable peace that rests on a solid foundation of security for the State of Israel and its citizens."

Netanyahu, of the center-right Likud party, has pointedly refused to endorse a two-state solution.

Obama repeated his call for both Israel and the Palestinians to fulfill all obligations under the 2003 roadmap to peace, including a halt to any expansion of West Bank settlements by Israel. He also dispatched special envoy George Mitchell to the region to try to kick-start the negotiating process.

He called America's bond with Israel "unbreakable" but also rejected the legitimacy of continued Israeli settlements and said Palestinians have suffered in pursuit of a homeland. He also called for an end of Palestinian incitement against Israel, and greater security in Palestinian territories.

Hebrew University surveyed 606 adult Israelis by phone in Hebrew, Arabic or Russian between May 24 and June 3. The Palestinian sample size was 1,270 adults interviewed face-to-face in the West Bank, East Jerusalem and Gaza Strip in 127 randomly selected locations between May 21 and 23.