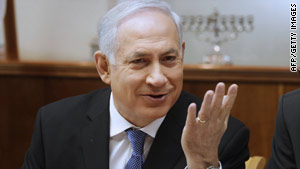 Jerusalem (CNN) -- The Israeli government on Sunday approved a controversial plan that would classify a number of West Bank settlements as "National Priority Zones," meaning they are entitled to millions of shekels in funding.

The plan was approved on a 21-5 vote, according to government spokesman David Baker.

National Priority Zones are granted millions in funding for education and vocational training. Israeli Prime Minister Benjamin Netanyahu said the goal of the plan is to "help close the gaps that have been created between the various parts of the country."

The plan would include about 2 million citizens, including 40 percent of Israel's non-Jewish population, Netanyahu said. Of that 2 million, 100,000 are West Bank settlers -- and the first-time inclusion of the settlements was not popular with everyone.

Defense Minister Ehud Barak said during a Cabinet meeting that "the population of the settlements were represented beyond their proportional weight in society." Also, Barak said, "there are a number of small settlements that continuously are a source of extreme behavior that harms life in the West Bank ... and they should not be awarded a prize by including them in the National Priority Zone."

The funding for housing would not apply to settlers, so the plan does not contradict the government's recently-approved settlement freeze in the West Bank, government spokesman Mark Regev said. But Yariv Oppenheimer, a spokesman for the Israeli settlement watchdog group Peace Now, called the approval outrageous.

The priority zones are areas disadvantaged because of residents' socioeconomic situations and security threats, among other factors.

"We are providing benefits in education, employment and infrastructures," Netanyahu said. "We are also trying to provide tangible aid to those who bear the security burden every day."

Palestinian Authority spokesman Nabil Abu Rudaina said the government's decision "shows again that the Israeli government is not serious about the so-called moratorium settlement freeze which they announced several weeks ago" and also shows "that they are doing [their] best to continue their settlement construction activities and to ruin the efforts of President Obama and his administration."

"There should be [an] immediate American response in order to keep the glimpse of hope for any peaceful deal in the future," he said, saying the vote "is a direct message to Obama and his administration that they [Israelis] are not ready for peace."

Netanyahu's government announced a freeze on settlements in the West Bank after the Obama administration requested a ban to jump-start the moribund peace process with the Palestinians. Announcing the freeze last month, Netanyahu appealed to the Palestinian Authority to take advantage of the 10-month "window" to resume negotiations.

Dany Dayan, chairman of the Yesha Council, a group of Jewish municipal councils from the West Bank, told CNN earlier this month that settlements under construction would continue to be built.

Confrontations have erupted almost daily in the West Bank, which groups of settlers forcibly attempting to keep away inspectors enforcing the ban. Dayan indicated settlers would continue to refuse entry of government inspectors to settlements.