Volvo warns of unintended acceleration in some models 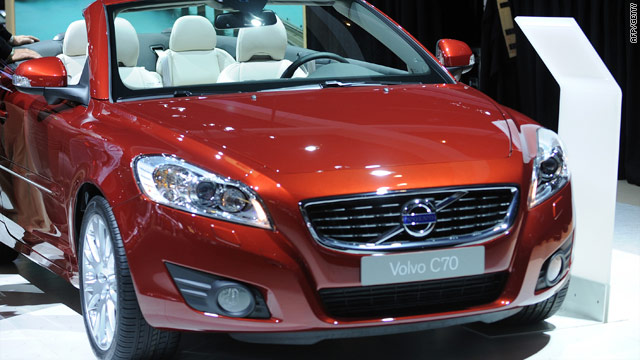 Volvo is writing to 158,000 owners in 30 European countries alerting them to the potential problem.
STORY HIGHLIGHTS
RELATED TOPICS

The problem occurs when engine oil enters the combustion chamber and acts as additional fuel, Froberg said in a phone interview from Gothenburg, Sweden.

"This has caused the engine to maintain or even increase its speed, even though the driver has removed his foot from the gas pedal," Froberg said.

"We have not had any accidents reported as a result of this, though. In the instances when this has occurred, the drivers have put the gear in neutral and stopped on the side of the road," he said.

So far there have been 55 cases of unintended acceleration reported, and Volvo will now send a letter to the owners of about 158,000 cars in 30 European markets, alerting them of the problem. The first customers will get the letter by the end of the week.

"The problem is that today's diesel fuel has a lot of biodiesel mixed in with it, and that doesn't evaporate like normal diesel," Froberg explained.

The engine is constructed to inject extra fuel through a particle filter when the filter clogs up with particles. The purpose of this is to clean the filter, but for some reason, the extra fuel doesn't burn and ends up in the engine oil.

Over time, the engine oil level rises, which can lead to engine oil ending up in the combustion chamber, causing the engine to maintain or increase its speed, according to Froberg.

So far, Volvo doesn't have a fix to permanently take care of the problem.

"We don't know when we will have a robust solution in place, but as long as the customers keep an eye on the oil level, they have nothing to worry about," Froberg said.