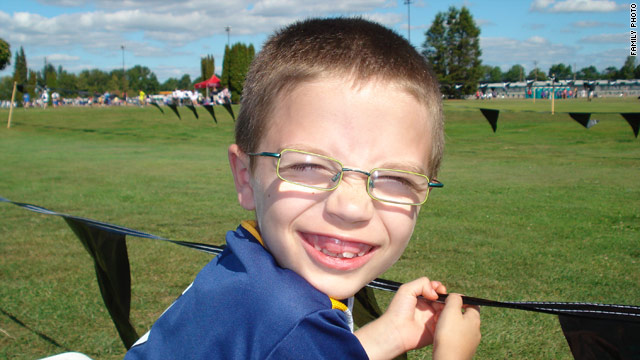 Kyron Horman, 7, was last seen earlier this month walking down the hallway of his elementary school in Portland, Oregon.
STORY HIGHLIGHTS

Editor's note: CNN affiliates KGW and KATU have more information on this story.

(CNN) -- The stepmother of missing Oregon boy Kyron Horman attempted to hire a landscaper to kill her husband several months ago, CNN affiliates KGW and KATU reported Monday, citing sources with knowledge of the investigation.

KGW reported that sources believe the woman, Terri Horman, approached the landscaper, who had been working on the family's property in northwest Portland, Oregon, and offered the man "a large sum of money" to kill her husband, Kaine Horman.

Investigators informed Kaine Horman of the murder-for-hire plot and said his wife may have tried to hire others as well, KGW reported, citing sources familiar with the conversation.

Terri Horman said she was in a bad marriage and claimed that her husband had "hurt" her, according to the sources.

The Oregonian newspaper, citing anonymous sources, reported that when detectives confronted her with the allegations, she denied the plot. KATU's sources confirmed that report.

News about the plot could explain why Kaine Horman abruptly moved out of the family home in late June, taking the couple's toddler daughter with him. He then filed for divorce and was granted a restraining order.

Terri Horman has been the subject of intense scrutiny during the investigation into Kyron's disappearance because she was the last person with him before he vanished on June 4. However, police have not called her a suspect in the case.

She said she last saw the 7-year-old walking down a hallway toward his second-grade classroom at Skyline Elementary School in Portland, according to the police.

Kyron's family has publicly pleaded with his stepmother to provide the police with more information about the boy.