More than 1,000 get mumps in New York, New Jersey since August 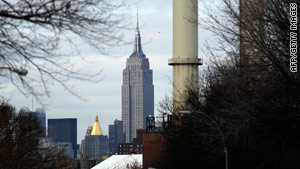 New York (CNN) -- More than 1,000 people in New Jersey and New York, many of them adolescent Orthodox Jews, have been sickened with mumps since August, health authorities said Monday.

Orange County, New York, has confirmed 494 cases since early November, county spokesman Richard Mayfield told CNN. Almost all of those infected with the virus are of the Orthodox or Hasidic Jewish population, and their average age is 14, he said.

Neighboring Rockland County has confirmed 317 cases since August, with all of the sick from the Orthodox Jewish community, said Kathleen Henry, county Deputy Commissioner of Health. Their average is 14 to 18, she said.

Just south of the two counties, in New York City, Brooklyn had 79 confirmed cases of mumps as of October 30, the Centers for Disease Control and Prevention reported in November. Any confirmation of other infections in the city are expected to be announced Tuesday.

The mumps outbreak began at a summer camp for Orthodox Jewish boys in Sullivan County, New York, according to the CDC. Health officials have linked the outbreak to an 11-year-old boy at the camp. He had recently returned from the United Kingdom, where a mumps outbreak had spread to 4,000 people.

The mumps outbreak also spread to Ocean County, New Jersey, where 159 confirmed cases have been diagnosed since September, county spokeswoman Leslie Terjesen told CNN. An additional 70 others are suspected of having mumps, she said.

Only seven of the infected are not Orthodox Jewish, but they all had exposure to the community, Terjesen said. The average age of the sick is 21, she said.

Lakewood, New Jersey, Rabbi Yehunda Pirutinsky was surprised when his 14-year-old son was diagnosed with mumps a week ago. Lakewood is in Ocean County.

"He was completely vaccinated," Pirutinsky said. "So it was a surprise to us he came down with mumps."

Anyone fully vaccinated from mumps receives two doses of the vaccine, according to the CDC. Of the New Jersey cases, 77 percent were vaccinated, Terjesen said.

In November, the CDC called the spike in mumps cases, "the largest U.S. mumps outbreak since 2006, when the United States experienced a resurgence of mumps with 6,584 reported cases." Then, only 179 people were sickened in New York and New Jersey.

Mumps is a contagious disease caused by a virus, according to the CDC. Initial symptoms appear 12 to 25 days after infection and include fever, headache, muscle aches and loss of appetite. Mumps can cause the jaw and cheeks to swell, with further complications including the inflammation of the brain, testicles or ovaries, and deafness, according to the CDC.

Pirutinsky's son has fully recovered from his bout with mumps, which Pirutinsky assumes he contracted while at his Jewish high school. A doctor advised the teenager to not attend school for a week and limit time with his siblings, Pirutinsky said.

"I wouldn't say the community is alarmed, but it's something we're aware of," he said.