Fact Check: The cost of obesity 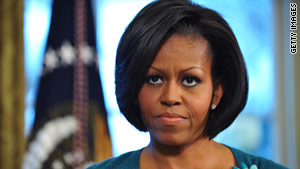 In a kickoff event at the White House, the first lady said, "Economic experts tell us that we are spending outrageous amounts of money treating obesity-related conditions like diabetes, heart disease, and cancer."

Fact Check: How much is spent annually on obesity in the United States?

• A 2009 study by the Centers for Disease Control and Prevention, along with RTI International (a nonprofit research group), found that the direct and indirect cost of obesity "is as high as $147 billion annually." The study was based on figures collected in 2006.

• The study found that in 2006, obese patients spent an average of $1,429 more for their medical care than did people within a normal weight range. That is a 42 percent higher cost for people who are obese.

• The CDC study found that Medicare, Medicaid and private insurers increased spending due to obesity from 6.5 percent in 1998 to 9.1 percent in 2006. The figure includes prescription drug costs.

• Another 2009 study in the journal Health Affairs concluded that the costs of hospitalizations related to childhood obesity rose from $125.9 million in 2001 to $237.6 million in 2005. Bottom Line: America spends as much as $147 billion annually on the direct and indirect costs of obesity. In the year of the most recent CDC study, 2006, that made up 9.1 percent of medical spending.