The facts behind hangover remedies 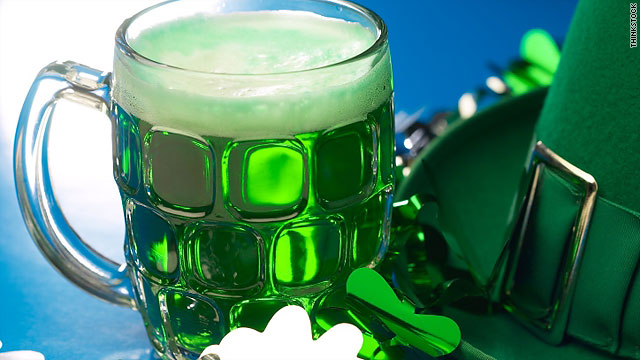 (CNN) -- The morning after St. Patrick's Day, the D4 Irish Pub & Café in Chicago, Illinois, gets flooded with requests for Bloody Marys, a concoction of tomato juice, celery, vodka and hot sauce.

"People order Bloody Marys in the morning to get them back on the horse so they can start drinking again," said Patrick Macellaio, who manages and bartends at the D4. "That's the most popular hangover drink."

To refresh your memory, a hangover includes symptoms of headache, fatigue, nausea and dizziness several hours after an episode of heavy drinking.

A hangover is really the symptoms of acute withdrawal, in which your body reacts to not having a drug in its system anymore, said Krista Medina, assistant professor of psychology at the University of Cincinnati.

Contrary to popular belief, drinking more while hung over is not going to make you feel better, doctors say. In fact, the other home remedies you may turn to, such as greasy food, probably won't work, either.

Part of the reason there's no good hangover remedy is that, although the phenomenon has probably been around since humans discovered alcohol, there's no single scientifically proven reason for a hangover, although there are correlations with the various symptoms of the "Irish flu."

"There probably won't be a known effective treatment until we understand the physiology better," said Dr. Sharon Horesh Bergquist, assistant professor in the department of medicine at Emory University.

What is a hangover?

One theory blames chemicals in some alcoholic drinks called congeners, said Dr. Samir Zakhari, director of the division of metabolism and health effects at the National Institute on Alcohol Abuse and Alcoholism.

These congeners, which could be toxic, contribute to alcohol's unique taste, but they can also interfere with cell function and leave some lasting physical marks. A 2009 study from Brown University found that the darker the liquor, the more congeners it has, which could exacerbate headaches and other hangover symptoms.

After a long night of drinking, you may feel like taking a snooze, but alcohol may actually disrupt sleep patterns, Zakhari said. You will not have as much rapid eye movement sleep, the state in which you dream, and you will have more time in deep sleep, research shows. A shorter, poorer quality sleep may await you after a lot of drinking, adding to the hangover symptoms.

Alcohol may also irritate your stomach, prompting a condition called gastritis in which the stomach lining gets inflamed. The related symptoms of vomiting and diarrhea also make you lose fluids and electrolytes, according to psychiatry professors Robert Swift and Dena Davidson, writing in the journal Alcohol Health and Research World.

There is also evidence that a hangover is a marker that you may be damaging your brain with alcohol, Medina said. Research suggests that hangover symptoms are related to abnormalities in the brain's white matter, which may occur in binge drinkers. A lot of withdrawal from substances is related to poor cognitive and brain outcomes, she said.

Can food cure a hangover?

Some people swear by a large meal after a night of drinking to digest that alcohol. Different cultures have different hangover foods, from hearty, greasy diner fare to giant burritos and ethnic soups. Jeanette Casey, bartender at the Playwright Celtic Pub in New York, recommends a "good Irish breakfast," which involves bacon or sausage.

"If a person wants to eat, that's fine," he said. "They should do that during drinking or before drinking, not after. Because if people eat after drinking, it might be too late."

By the time you have a hangover, eating greasy fare won't have much of an effect in alleviating the symptoms, he said.

Bland foods, on the other hand, elevate your blood sugar and settle your stomach, according to the Mayo Clinic. Stick to toast and crackers.

Why shouldn't you drink more alcohol?

Bartenders such as Casey swear by the Bloody Mary as a hangover cure; she's not sure why it works, but it does in her experience. A beer works, as it's also, as the adage goes, "the hair of the dog that bit you," she said.

This belief that drinking more alcohol will alleviate the symptoms of too much drinking "doesn't make sense," Zakhari said.

"You already probably have done enough damage to the different parts of the body like the liver and heart," he said. "You don't want to go back and put more alcohol on top of that."

People believe that drinking is the right remedy because one of the symptoms of hangover is overstimulation of the brain, which makes you feel sensitive to light and sound, said Swift, psychiatrist at Brown University and the Providence VA Hospital. More alcohol will sedate the brain again but can actually be harmful because it increases other negative symptoms such as dehydration.

Small studies have shown that, if taken in very large amounts, vitamin B6 may reduce the symptoms of a hangover, Bergquist said. Still, this research did not include many participants and is not definitive.

"There are anecdotes about these things without any evidence," said Dr. James C. Garbutt, a professor of psychiatry in the University of North Carolina at Chapel Hill School of Medicine, who specializes in alcoholism treatment and research. "Medical science doesn't spend a lot of time treating hangovers. We want to try to prevent them."

Other supposed remedies include activated charcoal, which is supposed to absorb alcohol from the stomach but actually wouldn't work because the hangover occurs hours after drinking, Swift said.

"The most outlandish thing is that people who feel badly obviously want to feel better, so they're willing to try untested remedies," he said.

There, however, are some natural remedies that some doctors think merit further research, including prickly pear cactus extract and yeast-based preparations, according to the Mayo Clinic. Some also believe that the borage plant yields a supplement that may help with headache, laziness and tiredness.

Doctors do agree that water will help somewhat with hangover symptoms because, as noted above, dehydration is often a symptom.

Zakhari also recommends getting rest. Medina noted that ibuprofen may help with headaches, and caffeine may help boost energy, but no treatments get at the underlying condition of hangover; they only ease symptoms, she said.

Before you go out, aim to drink in moderation or not at all, experts say.