Couples at greater risk of breakup after pregnancy loss 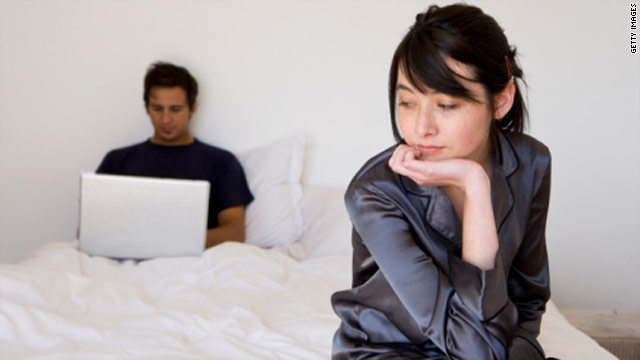 It's unclear whether the break-ups were directly related to the pregnancy, but couples who had miscarriages had greater risk of seperating.
STORY HIGHLIGHTS
RELATED TOPICS

Adding in the trauma of a miscarriage or stillbirth can make it even harder to stay together, a new study suggests. Though it's true that such tragedies can bring some couples closer together, the experience appears to increase the overall risk of divorce or separation -- an effect that can last for years after the pregnancy loss.

Although most couples broke up within one-and-a-half to three years after losing a baby, the increased risk of divorce or separation could still be seen up to a decade after the event, especially in couples who experienced stillbirth.

These findings shouldn't lead people to "be alarmed and assume that just because someone has had a pregnancy loss, they will also have their relationship dissolved," says the lead author of the study, Dr. Katherine Gold, an assistant professor of obstetrics and gynecology at the University of Michigan Medical School, in Ann Arbor. "Most couples do very well and often become closer after loss."

But, she adds, "health-care professionals, society, and friends and family need to be aware that pregnancy loss can have a profound impact on families."

Losing a pregnancy is fairly common, Gold and her colleagues note in the study, published this week in the journal Pediatrics. Although just 1 percent of pregnancies end in stillbirth, roughly 15 percent -- more than one in seven -- end in miscarriage, which is defined as a pregnancy loss before 20 weeks' gestation.

"People may be teetering in unstable relationships and this pushes them over the edge," says Louis Gamino, a professor of psychiatry and behavioral science at the Texas A&M College of Medicine, in Temple, and the co-author of When Your Baby Dies. (Gamino -- himself a bereaved parent -- was not involved in the current study.)

But Gamino is quick to add that splitting up after a pregnancy loss is hardly a foregone conclusion. "I would like to think we can get stronger," he says. "I think that can happen."

Gold and her colleagues followed 7,700 pregnant couples from around the country for up to 15 years. The rates of pregnancy loss in the study population were comparable to those reported in previous studies: Sixteen percent and 2 percent of the pregnancies ended in miscarriage and stillbirth, respectively.

Health.com: My miscarriage was misdiagnosed

It's unclear whether the separations were directly related to the pregnancy, however. Relationship problems, parental depression, and other factors may be responsible for the pregnancy loss and the end of the relationship, Gold points out. (As the study notes, depression has been linked to lost pregnancies.)

"There's a possibility that something we couldn't measure was contributing to the risk: Mom has a chronic disease, substance abuse, something about the quality of the relationship," Gold says. "We can't prove the loss is causing the breakup."

In practice, the study findings should be "sensitively applied," says Gamino. "The last thing a couple wants to hear after a loss is that they might lose their marriage, too."

Couples should be forthright about coping with the loss of a pregnancy, says Dr. David Keefe, the chair of obstetrics and gynecology at New York University's Langone Medical Center, in New York City. According to Keefe, the healing process beings by acknowledging the pain and grief.

"Grief is a very, very powerful force that needs to be reckoned with," says Keefe, who has also had psychiatric training. "It needs to be managed, and the first thing you do when you manage something is to identify it, then act on it."

Above all, acting on it should involve talking to each other, but also to a doctor or nurse, a therapist, friends, family -- "everybody who will listen," says Keefe. "The best way to cope with grief is to speak it. If you don't put the grief out, it will break your heart."

Crying helps too, he adds. "The tears wash the grief out," he says. "Words are helpful but tears with words are even more helpful."

Couples should keep in mind that the way people grieve is affected by individual temperament and even gender, Gamino says. Whereas women tend to display textbook symptoms such as sadness, crying, and withdrawal, men may bury themselves in work, alcohol, or household tasks.

"Couples need to respect their differences and be tolerant," he says. "Understanding makes a difference."