Fruits and vegetables are no miracles in cancer prevention 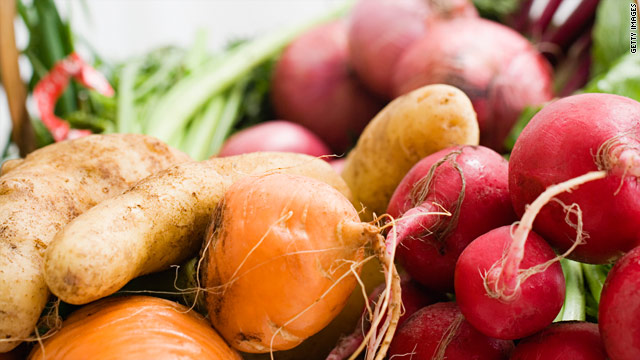 A new study published this month implies that eating fruits and vegetables doesn't help prevent cancer as much as it's touted.
STORY HIGHLIGHTS
RELATED TOPICS

(CNN) -- The benefits of fruits and vegetables in staving off cancer exist, but they're not as strong as previously believed, a new study reports.

Eating an additional 200 grams a day of fruits and vegetables (about two servings) resulted in only a 3 percent reduction of cancer risk, which was described as "very weak," according to the study published online in the Journal of the National Cancer Institute.

"This doesn't mean fruits and vegetables aren't important," said lead author Dr. Paolo Boffetta, the deputy director at the Tisch Cancer Institute at the Mount Sinai School of Medicine. "They aren't the only factor. There is no one factor."

The World Health Organization, Centers for Disease Control and Prevention and the American Cancer Society all encourage people to maintain a healthy lifestyle and eat five servings of produce a day for cancer protecting benefits.

The U.S. government's food pyramid recommends 1.5 to 2 cups of fruits a day and 2.5 to 3 cups of vegetables for adults. See guidelines here.

From 1992 to 2000, Boffetta and the 51 co-authors obtained self-reported dietary and lifestyle habits of 478,478 people from the European Prospective Investigation into Cancer and Nutrition. The participants answered questions about their medical histories, physical activities, tobacco and alcohol use, and habitual diet.

They lived in 10 Western European countries and ate varying diets. About eight years later, a follow-up revealed that more than 30,000 participants had cancer -- the incidence rate was about 7 per 1,000.

Researchers raised the prospect that people who ate more fruits and vegetables could have lower cancer risks because they had generally healthier lifestyles, "such as lower intake of alcohol, never smoking, short duration of tobacco, and higher level of physical activity." These could've been factors rather than just fruit and vegetable intake.

Previous studies have touted the benefits of produce, with findings of 20 to 30 percent reduced cancer rates. The latest finding from the European study was low in comparison.

"Diet is a complex pattern and lifestyle," Boffetta said. "Cancer is complex disease. It's unlikely that one thing will explain the other."

"In my view, there is a good body of evidence that fruit and vegetables do matter for cancer -- it certainly matters for heart disease," Thun said. "It's not as strong as initial studies suggested."

Decades of research have shown that eating processed red meat increases risk of cancers in the digestive tract and that obesity is associated with colorectal and breast cancer. But "the story on vegetables and fruits has been harder to nail down," Thun said.

Dr. Christine Gerbstadt, a spokeswoman for the American Dietetic Association, warned against slacking off on daily fruit and vegetable intake because of this study.

She pointed out eating fruits and vegetables has benefits beyond the cancer realm.

"It does help with lowering weight and blood pressure, lowering diabetes risk or lowering blood sugar. Those are all health benefits that increase lifespan significantly."