Study: Anxiety in youth linked to heart attacks later on 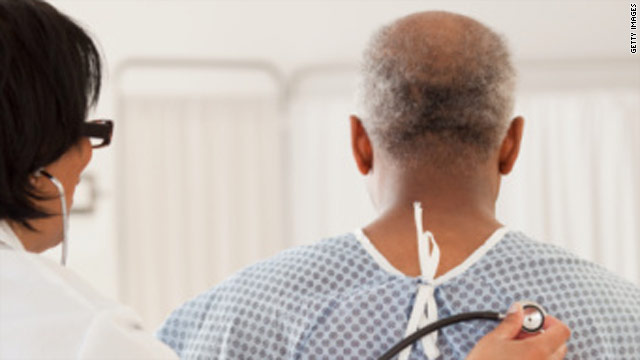 (Health.com) -- Men diagnosed with anxiety in their late teens or early 20s are more than twice as likely to have heart disease or a heart attack later in life than their more laid-back peers, according to a new Swedish study.

As many as 28 percent of people are diagnosed with anxiety at some point in their lives, according to an editorial accompanying the study in the Journal of the American College of Cardiology.

Anxiety is more than feeling stressed out. People with anxiety disorders feel excessive or irrational worry and can have anxiety-related physical symptoms, such as fatigue, headaches, trembling, sweating, panic, and nausea.

Experts have a number of hypotheses as to why anxiety and heart disease may be linked, though the new research can't confirm that anxiety -- not some other factor -- is the cause of heart disease and heart attacks in the study.

"Anxiety increases adrenaline; stress and anxiety trigger an adverse response," says Dr. Tracy Stevens, M.D., a spokesperson for the American Heart Association and a cardiologist with Saint Luke's Mid America Heart Institute, in Kansas City, Missouri. This stress could affect the fatty plaque lining coronary arteries; if the plaque ruptures, it can lead to clots and heart attacks.

However, that's just a theory at the moment, says Stevens, who was not involved in the research. Although it's known that anxiety can affect blood pressure and heart disease-related chest pain in the short term, the long-term effects are unknown.

"It's a very provocative observation to say that one's state of anxiety at a fixed point in time can in some way foretell an increased risk of cardiovascular disease 20 years down the road," says Dr. Gregory Dehmer, M.D., professor of internal medicine at Texas A&M Health Science Center College of Medicine and director of the cardiology division at Scott & White, in Temple.

"It would be terribly premature to base any kind of therapeutic decision on this," he says. "If a patient says they're anxious and the doctor puts them on an anti-anxiety drug for 25 years to prevent a heart attack, that's a huge leap of faith."

There is, however, already a fairly well-established link between depression and a heightened risk for heart disease.

The new study involved almost 50,000 Swedish men born between 1949 and 1951 who were undergoing medical examinations for military service. A research team, led by Dr. Imre Janszky, M.D., Ph.D., of the Karolinska Institute, in Stockholm, looked at the men for the next 37 years, a feat made possible by the fact that Sweden has universal health coverage and maintains detailed records on patients.

Health.com: 6 common smoking triggers -- and how to fight them

All the men classified as having anxiety or depression had been diagnosed by a psychiatrist, a big plus for the study. However, the authors admit, certain risk factors for heart disease, such as cholesterol, were not fully taken into account.

The study didn't include any women, making it difficult to know if a similar association exists, Dr. Stevens points out.

Health.com: 10 things to say (and 10 not to say) to someone with depression

In a second report in the same issue of the journal, researchers combined data from 20 studies, including a total of almost 250,000 healthy people from Norway, the Netherlands, Russia, Sweden, Japan, and Britain. The participants were followed for an average of about 11 years by a team led by Annelieke Roest of Tilburg University, in the Netherlands.

There was also a hint of an association between anxiety and nonfatal heart attacks, but this information was based only on five studies and was not statistically significant.

Still, there may be something physicians and their patients can do, which they probably should be doing anyway.

"If a person has a diagnosis of an anxiety disorder, such as panic disorder or phobia -- not if they're just nervous or tense -- I would be more likely to tighten up on lipid levels and blood pressure," says Lawrence Hergott, M.D., professor of medicine and director of general cardiology, University of Colorado Health Sciences Center, in Denver.