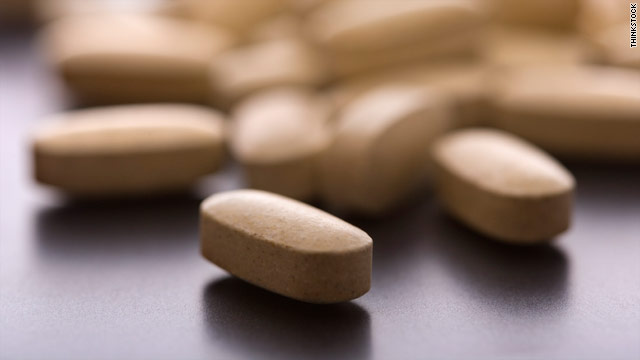 (Health.com) -- The millions of people who take calcium supplements to strengthen aging bones and ward off osteoporosis may be putting themselves at increased risk of a heart attack, a new study has found.

Older people who take at least 500 milligrams of calcium daily--less than the amount in a typical one-a-day calcium pill--are 30 percent more likely to have a heart attack than those who take no calcium at all, the study estimates.

But people taking calcium supplements should not stop without consulting their doctor, says John Baron, M.D. a professor of medicine at Dartmouth Medical School, in Lebanon, New Hampshire, and a co-author of the study. More research is needed to confirm and clarify the results, he says.

The modest benefit that calcium supplements have on building bone density and reducing bone fractures may not justify the heart risks for most patients, Baron and his colleagues suggest. Bone loss and fractures are a major health concern among older people.

The findings, published in the journal BMJ, have some experts questioning whether calcium supplements should be used as widely as they are now, especially by elderly women, who suffer disproportionately from both heart disease and osteoporosis.

Sharonne Hayes, M.D., the director of the Women's Heart Clinic at the Mayo Clinic, in Rochester, Minnesota, says that in the past she did not discourage any of her patients from taking calcium supplements. Now, she says, she will try to determine whether her patients have a calcium deficiency before making a recommendation either way.

"Up until this point, there was no evidence of harm," says Hayes, who was not involved in the new research. "Now there needs to be a good reason to use [supplements]."

In the study, researchers combined data from 11 clinical trials in which patients were randomly assigned to receive calcium supplements or placebo pills. In all, the trials included nearly 12,000 people who were followed for an average of about four years. Most were women, and the average age was 72.

About 2.7 percent of the participants taking calcium had heart attacks during the trials, compared with 2.2 percent of those taking a placebo. This translated into an increased risk of between 27 percent and 31 percent, depending on how the researchers analyzed the data.

Up until this point, there was no evidence of harm. Now there needs to be a good reason to use [supplements].
--Sharonne Hayes, M.D.

Although the increase in risk associated with calcium supplements was small, it could represent a large number of additional heart attacks in the general population because of how many people take the supplements, the authors note.

Baron was surprised by the findings. "Calcium supplements have been widely used for quite a while," he says. "Other studies have suggested, if anything, that [calcium] might have a protective effect."

The findings do not imply that people should reduce the amount of calcium in their diet, Hayes stresses. Calcium is found in vegetables, fortified cereal, and dairy products such as milk and yogurt, which are an important source of vitamin D in addition to calcium.

They may be beneficial for some children, some pregnant women and people with proven calcium deficiency (a relatively rare condition), says Cleland, author of an editorial accompanying the study. But, he adds, "there's no evidence for use in older people" who do not have calcium deficiencies.

Doctors should not recommend calcium supplements for patients with osteoporosis unless the patients are also taking an effective osteoporosis treatment, Cleland and his co-author conclude.

It's unclear how calcium supplements might increase heart attack risk. They may contribute to the hardening of arteries (atherosclerosis) by increasing calcium levels in the blood, or they may cause changes to blood flow. Hormone responses caused by calcium may also be involved, the study notes.

The study leaves several unanswered questions for future research. The researchers only included patients who were taking calcium supplements but not vitamin D supplements, for instance. That combination--often found in a single pill--is common and may have a different effect than calcium alone on heart risk, as vitamin D is believed to promote heart health.