9 reasons not to get back with ex

By Amelia McDonell-Parry, The Frisky 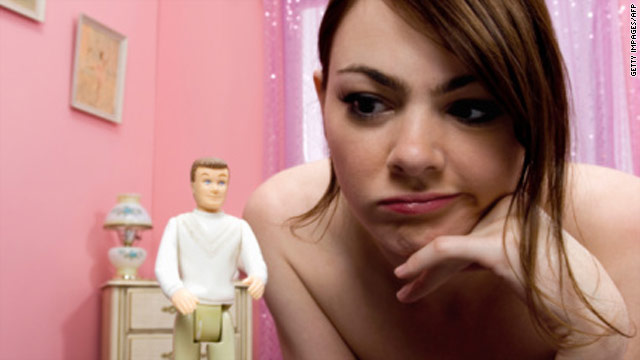 Your ex may look like a doll, but the two of you just may not be a good match, columnist says.
STORY HIGHLIGHTS
RELATED TOPICS

(The Frisky) -- Getting back together with an ex, haven't we all considered it at one point or another? It would be so easy to slip right back into that comfortable routine, picking up where you left off. Or not.

Here are 9 very, very, very good reasons not to go back for round two at the ex-boyfriend buffet.

1. His quirks are no longer adorable-- they're annoying.

Back then, it was kind of cute that he was incapable of being on time; now it's a major pain. You used to "aww" at the way he ate his spaghetti, but these days it just grosses you out. And his love for comic books, while once sweet and boyish, is just further evidence of his immaturity. These things don't get any cuter with time, sister.

The Frisky: "Bachelor" Jake and Vienna race to be in "Playgirl" and "Playboy"

2. The fights are the same.

He still thinks you're a nag. You can't stand that he gets so sloppy drunk. He thinks you overreact to every little thing, while you find his aloofness during an argument to be downright cruel.

Often couples who are considering a reconciliation focus only on the good times; but what about the many, many times you wanted to kill each other? If you're fighting over the same crap-- or the things that you fought over are still issues-- move on.

3. The physical attraction just isn't there.

To a certain degree, don't we all still kind of love our exes? But that doesn't mean we're still turned on by them. Look, desire changes over the course of a relationship, but if you look at your ex and nothing happens below the belt and you can relate to one or all of the other reasons on this list, it's time to put the past behind you for good.

The Frisky: "Bachelorette" Ali's 6 steps make any man fall in love with her

4. Other options have got your attention.

Sure, you still care about your ex. But have you developed crushes on others? Been dating or have an urge to keep dating other people? Don't put your ex through a reunion if you're still sifting through your other options.

5. One of the main issues is insurmountable.

There are some things people can agree to change about themselves for the sake of a relationship. Couples can work out a compromise so that both parties are satisfied.

But there are some issues that cannot be talked through or ignored in perpetuity: He doesn't want kids; you do. You're looking for someone who intellectually challenges you; he's dumb as a stump. This ship has sailed, darlin'.

6. A percentage of your time together genuinely made you very unhappy.

If you've ever found yourself saying or thinking, "We were so happy, 60 percent of the time," you should throw in 100 percent of the towel. If you can quantify how often you were miserable while in a relationship with this person, going back for more would be settling in a big way.

7. You're already totally over him.

Emotionally, you've moved on. Starting over with him would be like re-watching a movie you've already seen, that you know the ending to, and that you have no real interest in seeing twice. Why? Just because? Did you watch "Battlefield Earth" for a second time, just because? No. No you didn't.

8. Your friends and family hate him.

Post-breakup, you talked about the horrible things he did, and as a result, no one would respect you for taking him back. This is a two-part lesson: If there's a chance that things are not over for good, be mindful of what dirty laundry you air to your loved ones. You can forgive and forget, but maybe they can't.

9. Because getting back together is always a bad idea.

Well, 99 percent of the time is it. These are real statistics, people. Don't get mad at me for speaking the truth using hard facts.