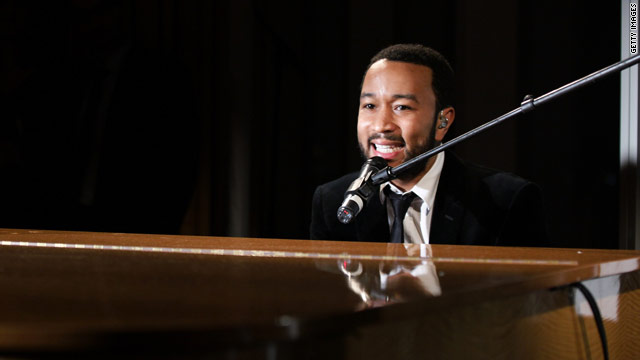 Rock legends Bon Jovi also will be part of a two-hour celebrity-studded tribute to the top 10 CNN Heroes of 2010.

The supergroup will perform "What Do You Got?" a new song from their greatest hits album which debuted November 9.

Country music duo Sugarland will perform "Stand Up," a new song from their album "The Incredible Machine," which debuted October 19.

Anderson Cooper will host the fourth annual show from the Shrine Auditorium in Los Angeles, California. The program, spotlighting everyday people who are changing the world, airs at 8 p.m. ET/PT on November 25.

More than 10,000 nominations for CNN Heroes were received from more than 100 countries.

Each of the top 10 CNN Heroes receives $25,000, and the CNN Hero of the Year receives an additional $100,000. The 2009 CNN Hero of the Year was Efren Peñaflorida, who started a "pushcart classroom" in the Philippines to bring education to poor children as an alternative to gang membership.

Also attending this year's show will be the Chilean miners who were trapped for 69 days before being freed last month. Organizers said they invited the miners and five of their rescuers because they symbolize the resilience and endurance of the human spirit.

"The heroic efforts of the rescue of these miners was one of the most unifying and inspirational events of the year," Walton said.

Award-winning producer/director Joel Gallen returns to serve as executive producer of "CNN Heroes: An All-Star Tribute." Among his credits, Gallen produced telethon events supporting victims of the Haiti earthquake, the 9/11 terrorist attacks and Hurricane Katrina. He won an Emmy Award and a Peabody Award for "America: A Tribute to Heroes."