Get your holiday shopping act together now 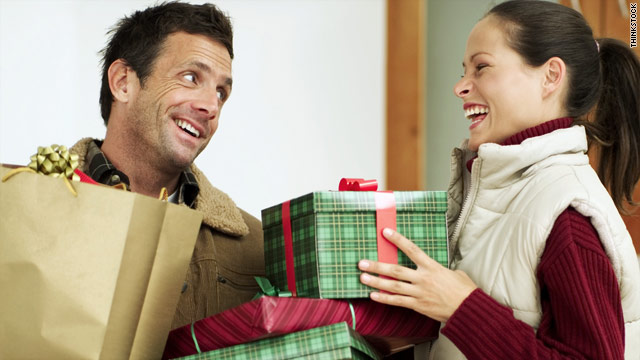 Setting a budget, creating a list and shopping early and online are ways to save money during holiday shopping.
STORY HIGHLIGHTS
RELATED TOPICS

Her Christmas purchases last year -- an Xbox for her brother, clothing from Urban Outfitters for her sister, jewelry for her mom and Blu-ray Discs for her father -- totaled twice the amount she anticipated on her credit card bill.

"I couldn't enjoy Christmas because I had to worry about debt for the new year," said the 25-year-old web producer from Austin, Texas.

This year, Barnhill is reforming her spending habits. Instead of waiting until the last minute, in July she started saving $100 a month in a Christmas fund. To cut back on spending, she is creating a list rather than arriving at the mall clueless. She is also relying on coupons and deals from social group-buying websites such as Groupon and LivingSocial.

With Black Friday and the holidays approaching, shoppers face a deluge of retail, catalog and online options along with pressures from stores and family and friends. Last year, the average person planned on spending $417 for holiday gifts, according to the American Research Group Inc., a group that conducts national surveys.

Many families also are financially strapped this year. The unemployment rate was at 9.6 percent in October, according to the U.S. . Bureau of Labor Statistics.

Experts predict the economic downturn will continue to influence the way many Americans spend money. The National Retail Federation reported than 40 percent of shoppers will be keeping sales and discounts in mind during holiday shopping.

CNN asked budgeting gurus and savvy shoppers: How can you save money during the holiday gift-buying frenzy?

The first big tip Lee Sherman, editor of MintLife, a personal finance blog for the online money-organizing tool Mint, and several other budgeting experts offered is simple: Set a spending goal and stick to it.

Sherman also says consumers should limit the number of credit cards they use during the holiday season. Mint research has found the average American holds four credit cards. The more credit cards a person uses, Sherman says, the less he or she is able to keep track of bills.

The best solution, he says, is to set aside good old fashioned cash, which can eliminate anxiety and tricky finances.

"You should really have a way of tracking down all your spending in one place," he says.

Shoppers should make a habit of buying a few gifts on payday to avoid overdraft fees or high credit card interest, other experts say.

To buy or not to buy

Making a list -- and checking it twice -- can help shoppers stay on track.

April Benson, a psychologist who wrote the book "To Buy or Not to Buy: Why We Overshop and How to Stop," suggests making organized shopping lists to avoid overspending and last-minute panic. She says the list should be as detailed as possible with what each person will receive and how much money will be spent.

Before buying something, Benson says shoppers should ask themselves these questions:

• Does he or she really need it?

• Can I actually afford it?

• What are the implications of buying this?

Louis Scatigna, radio show host and author of "The Financial Physician," says technology is a helpful tool for the budget-conscious.

Easy-to-navigate sites such as NextTag and PriceGrabber also allow buyers to compare prices, he says. Many online sites offer free shipping during the holiday season. Customers should always search for coupons and other deals before making a purchase online, he says.

"It's much less stressful, and you're not out there going crazy," he says.

Smartphones are a convenient way to make purchases without fighting for parking spots at the mall. The National Retail Federation reports a quarter of adults surveyed plan on using these mobile devices to buy presents.

Another way to use a smartphone is to use an application that transforms it into a bar-code scanner, which can help shoppers compare prices and save money.

The holidays may often be centered on giving and receiving gifts, but Scatigna said the season also can be a good time for selling unwanted items online. The extra cash can be used to buy new gifts. The process can also clean up clutter and force a person to assess what he or she really needs to buy for Christmas, he says.

Cutting down on presents?

In a down economy when money is tight, Andra Davidson, co-founder of MothersClick, a social network site and online resource for moms, says several of her members saved money by eliminating gifts.

Last year, many mothers wrote to her site about cutting down the number of children's presents.

"Kids are used to a certain tradition of getting lots of gifts and maybe expensive gifts," Davidson said. "You really have to sit down and explain to them things are not the same as they used to be."