Have we dodged a bullet over Gulf oil spill?

By Philippe Cousteau, Special to CNN 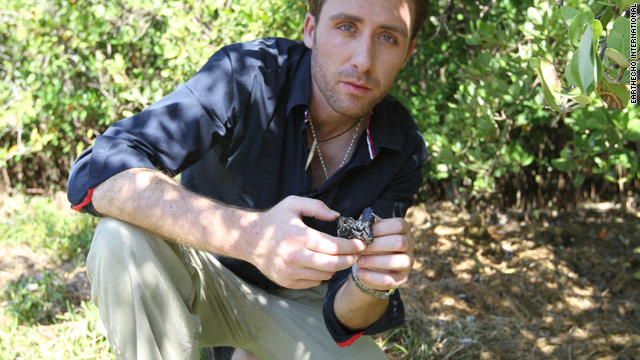 Editor's note: Environmental advocate and television presenter Philippe Cousteau is carrying on the work of his father, the late Philippe Cousteau Sr., and his grandfather, the legendary explorer Jacques Cousteau. With his sister Alexandra and mother Jan, Cousteau founded EarthEcho International, a nonprofit organization which aims to empower young people to protect the world's oceans.

(CNN) -- "Do you really think we have 'dodged a bullet' with the oil spill?" asked one of the seventh grade students skeptically. "Is it really over?"

I winced as she asked the same question I had been asked over and over ever since the Deepwater Horizon was permanently plugged in late August.

I was standing in front of 56 middle and high school students and their teachers, all of whom had come to New Orleans from communities along the Gulf. It was day one of a two-day workshop we were conducting as part of my non-profit, EarthEcho International's launch of STREAM, a new national program to train youth as citizen journalists.

Most of my summer had been spent covering the oil spill for various news agencies (including CNN), and this new program was in response to the overwhelming frustration we had heard from students at the powerlessness they felt in the face of the disaster. Part of an ongoing initiative, STREAM is our commitment to help give youth a voice and empower them with the tools and knowledge to take action in their communities and become a voice for change.

Merely suggesting that this disaster is anything but a total catastrophe is, at best, a damning insult to people and wildlife
--Philippe Cousteau, environmentalist

It was only part way through the first day and I had been asked the same question several times, and each time I heard it the same quote from poet and philosopher George Santayana kept repeating in my head, "Those who cannot remember the past are condemned to repeat it."

Not two weeks earlier I had been standing on a beach in Veracruz Mexico holding oil in my hands from a major oil spill in the Gulf of Mexico.

But this oil wasn't from Deepwater Horizon; this was oil from the IXTOC oil spill in 1979 and had been sitting on the reefs longer than I have been alive: 31 years.

I was visiting the area to film the story of IXTOC for a CNN International special. The expedition would take me along the Mexican Gulf coast from Veracruz, 854 kilometers (530 miles) to the mangrove forests north of Campeche where, in the shadow of a Mayan ruin, oil could still be found amongst the mangrove trees.

I repeatedly asked scientists from various institutions and the Mexican Navy if there were any lessons to be learned from IXTOC that could be applied to the Deepwater Horizon. I heard the same answer over and over... NO.

And why, one might ask? Because funding for scientific research and restoration was cut off after only a few short years because the public stopped paying attention and the politicians lost interest.

So the environment was left to try and recover by itself and only a few scientists had the vision and foresight to track the effects (albeit informally as there was no funding).

What could have been a valuable lesson for us, a treasure trove of scientific knowledge that could have informed the aftermath of Deepwater Horizon was lost, not to mention the damage to the ecosystem that is only apparent in stories from fishermen who lament the devastation that continues to exact a toll on the environment.

The same could be said for Alaska where funding dried up and the promises of Congress and oil companies to invest in technology that could effectively clean up a spill faded away within five years of the Valdez disaster in 1989, leaving fully two-thirds of animal species still struggling to recover even after 21 years.

So... have we dodged a bullet? That depends. If by bullet you mean an environmental disaster then, when one considers the science that is only starting to emerge about the long-term effects to fish stocks and the eco-system health in general, to say that we have dodged it is premature at best.

But on the other hand, if by bullet you mean the bullet of arrogance, ignorance and a stubborn unwillingness to learn from our mistakes then no... we most certainly have not dodged it.

By merely suggesting that this disaster is anything but a total catastrophe is, at best, a damning insult to the suffering of so many people and so much wildlife and a willful act of ignorance in the face of so much evidence that this disaster will be with us for a long time.