By P.M. Carpenter, Special to CNN 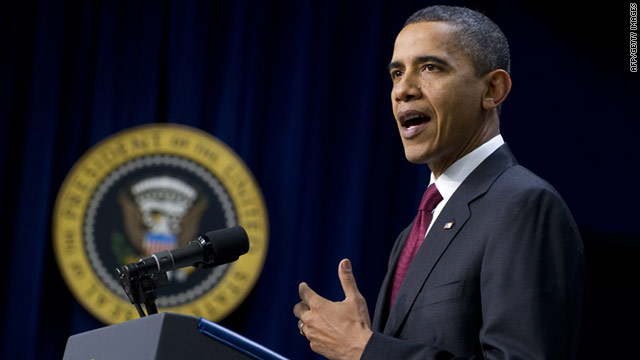 Editor's note: P.M. Carpenter writes about politics at pmcarpenter.blogs.com. He holds a doctorate in American political and cultural history from the University of Illinois.

(CNN) -- When I was asked to pen some thoughts comparing the perceptions and realities of Barack Obama's presidential accomplishments, my first notion was of the statistical impossibility of such a task: one reality, but 230 million adult perceptions, varying by age, gender, ethnicity, geography, party identification and ideological bearings.

So once the reality of Obama's extraordinary success within a mere half-term is noted -- a stimulus package that prevented the Great Depression II; health care reform that achieves the decades-long goal of near universality; financial reform that reimposes some grown-up supervision of Wall Street gamblers -- a bit of culling must be done when confronting American opinion on all this. Opinion that seems to be running downhill.

To get at that opinion, let's ignore demographics and focus only on Americans' rather loose ideological bearings: those of pseudoconservatives (zealots killed off genuine conservatism years ago); nonideological middle Americans; and contemporary liberals (who, ever since pseudoconservatives' ruthless campaign of label intimidation, now meekly call themselves "progressives").

The pseudoconservatives' perception is that Obama's success is a sprinting, despotic socialism enforced by jackbooted bureaucrats of anti-constitutional intensity. Most of this opinion, it seems to me, reflects a pathological loathing of Obama's very success and a nostalgic, all-power-should-be-ours longing for the actual despotism of George W. Bush's "unitary executive" humbug.

More and more these pseudoconservatives cloak themselves in the anti-intellectual rags of what the magnificent political historian Richard Hofstadter once so aptly called the "paranoid style." To the radical right, Hofstadter observed, "The enemy is clearly delineated: He is a perfect model of malice, a kind of amoral superman -- sinister, ubiquitous, powerful, cruel, sensual, luxury-loving." That is, Barack Obama.

At some vague point in our nation's history, pseudoconservatives adopted a blanket mindset against all not with them: the grays of the opposition vanished, "the enemy" plotted and schemed from some unholy abyss of wholly un-American motives, and the whites of their own hats began sparkling with a virtuous superiority.

On opposite ground, today's progressive activists (known in some unmentioned circles as the "professional left") perceive Obama's success as a tragic, alienating failure simply because that success has been less than 100 percent. Their ideological purity is a brutal taskmaster; it accepts no compromise with political realities.

It wants and demands a society approaching Utopia -- and that Utopia lies, it seems, only inches away from a snarling, presidential ideologue. They'll deny that, but their own snarling, in my mind, tends to outweigh their pleas of innocence.

Case in point: A nearly $900 billion tax compromise, of which more than $700 billion is geared to middle-class and unemployment relief, is excoriated by activist progressives as an insufferable Obamian sellout.

As for traditional liberalism's rank and file? They have few problems with President Obama; the base holds -- according to pollsters about three-fourths of it -- understanding that America's utopian future still likely remains at least a few years down the road.

Finally there's the mostly nonideological middle, whose perceptions reign supreme come election time. And here, finally as well, I'm stumped, since their political sentiments graze like herding cattle on center-left, centrist and center-right grass alike. These are the pinball victims of messaging wars. And though they're against most things Obamian today, tomorrow, given a vastly improved White House communications operation, they could again turn blue.

But who knows? The only knowable is that President Obama knows wherein his re-election prospects lie (see preceding paragraph) -- and that's what will tweak and determine the political reality of the next two years.

The opinions expressed in this commentary are solely those of P.M. Carpenter.