By Mike Chinoy, for CNN 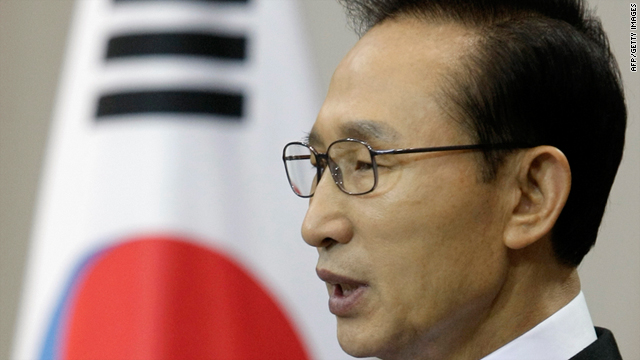 Editor's Note: Mike Chinoy is a Senior Fellow at the U.S.-China Institute at the University of Southern California and the author of Meltdown: The Inside Story of the North Korean Nuclear Crisis. He has visited North Korea 14 times.

(CNN) -- For the past two years, according to U.S. diplomatic cables released by WikiLeaks, South Korean officials have tried to convince the United States that North Korea was wracked by unrest, with Kim Jong Il in failing health and his plan to transfer power to his son Kim Jong Un in jeopardy.

With the North on the ropes, the argument went, it was increasingly vulnerable -- and hanging tough could force Pyongyang to moderate its behavior or even trigger a collapse. This assessment appears to have been a key factor in South Korean President Lee Myung-bak's hard-line policy towards Pyongyang -- a policy endorsed by the Obama administration.

The problem is that, as 2011 arrives, the South Koreans have been wrong. Both anecdotal evidence and a look at North Korean behavior make clear that the regime is nowhere near collapse, that Kim Jong Il remains relatively healthy and apparently in control, that the succession seems to be going smoothly, and that the tough line from the U.S. and South Korea has done nothing to deter the North from expanding its nuclear capability or taking military action against the South.

The new South Korean policy toward the North took shape soon after Lee, who campaigned promising to end his predecessors' "Sunshine Policy" of engaging Pyongyang and vowing to get tough, became president in 2008. Predictably, North Korea responded to Lee's attempt to unilaterally rewrite the rules of the North-South game on Seoul's terms by scaling back inter-Korean contact, staging missile tests and ratcheting up its always bellicose rhetoric.

By early 2009 -- long before the North Korean attack on the South Korean naval vessel Cheonan or the shelling of Yeonpyeong island -- the U.S. Embassy in Seoul was reporting to Washington its "assessment that Lee's more conservative advisors and supporters see the current standoff as a genuine opportunity to push and further weaken the North, even if this might involve considerable brinkmanship." The cable also noted that Lee was "prepared to leave the inter-Korean relations frozen until the end of his term in office."

Seoul's confidence that the North was on its last legs, and that coercion and pressure would work, can be seen in cables documenting a series of meetings between South Korean and U.S. officials.

On April 23, 2009, for example, Col. Lee Sang-chul of the South Korean Defense Ministry's North Korea Policy Division, told U.S. Ambassador Kathleen Stephens that there was "increasing economic disorder" in North Korea. An embassy cable noted Lee's assertion that "there was dissatisfaction among some elite groups in the DPRK," and that, in the wake of his August, 2008 stroke, Kim Jong Il had suffered "physical and psychological trauma."

In June 2009, U.S. Assistant Secretary of State for East Asia Kurt Campbell met with South Korean Unification Minister Hyun In-taek. Hyun told Campbell that North Korea was "suffering from severe food shortage and devastating economic crisis," that Kim Jong Il's health was "weakening," and that the situation was "worse than the 1996/1997 crisis," when famine killed over a million people.

Under these circumstances, the Unification Minister contended, North Korea "could resist for a while, but not for a long time." Therefore, he argued, "the United States and South Korea must apply patience and pressure."

As 2010 began, Seoul continued to push this line. In a January 11 meeting with Robert King, the U.S. special envoy for human rights in North Korea, Foreign Minister Yu Myung-hwan described an "increasingly chaotic" situation inside North Korea. Yu told King that the power succession from Kim Jong Il to Kim Jong Un was "not going smoothly," that a number of high-ranking North Korean officials had defected to the South, and the number of North Koreans fleeing to China was increasing.

A month later, South Korea's National Security Advisor, Kim Sung-hwan, told Campbell that "the situation inside North Korea appeared increasingly unstable." Kim claimed there were credible reports of unrest, and that South Korean intelligence had reported that "DPRK police recently found a bomb on a passenger train from Pyongyang to Beijing."

According to a February 22 cable, Vice Foreign Minister Chun Yung-woo told Ambassador Stephens that "the DPRK had already collapsed economically, and would collapse politically two to three years after the death of Kim Jong Il." Chun was quoted as saying that "sophisticated Chinese officials" were ready "to face the new reality that the DPRK had little value to China as a buffer state" and that "in the event of a North Korean collapse....the PRC would be comfortable with a reunified Korea controlled by Seoul and anchored to the United States."

While much of the initial controversy about this cable focused on whether Chun's comments accurately reflected Chinese thinking, the more relevant point is that, like so many other South Korean officials, he was seeking to convince the U.S. that a North Korean collapse was inevitable, that even China recognized this fact and could live with the consequences, and, therefore, the U.S. should continue to support Lee's tough stance towards Pyongyang.

And, so far, that has been the case. Indeed, the Obama administration's policy towards North Korea has been largely based on letting South Korea take the lead. With many in Washington having, as one U.S. official noted, "bought" the South Korean line, the U.S. has remained frozen in a confrontation with Pyongyang -- rebuffing repeated overtures from the North for dialogue, imposing preconditions which the North will likely refuse to meet before agreeing to return to the six-party talks, concentrating instead on strengthening the U.S.-South Korea alliance and tightening sanctions against Pyongyang.

Yet cables that recount meetings between Chinese and American officials paint a very different picture of North Korea. Soon after Seoul's Unification Minister depicted Kim Jong Il's health as "weakening," for example, China's State Councilor Dai Bingguo, who had just spent two hours with the North Korean leader, told Deputy Secretary of State James Steinberg that Kim "appeared to be in reasonably good health," and have even admitted that he "still drank alcohol." In urging Washington to talk to Pyongyang, Dai also told Steinberg that "his impression of North Korea was that the domestic situation appeared stable and normal."

While "normal" in the North Korean context unquestionably means misery for many people, the evidence that economic hardship is leading to political breakdown is flimsy at best. Indeed, foreign aid workers based in Pyongyang, as well as recent American visitors, report no signs of political unrest.

Instead, Kim Jong Il has made two trips to China and secured strong Chinese support for his regime and the succession. A successful congress of the ruling Korean Workers Party in September introduced Kim Jong Un to the North Korean public and the world. This was followed by a massive rally in October to which scores of foreign journalists were invited -- and permitted, in an unprecedented move, to broadcast images of Kim Jong Il and his son live - something the regime would not have allowed if there were serious doubts about the elder Kim's health.

Meanwhile, with the sinking of the Cheonan and the shelling of Yeonpyeong island, the North made clear -- in its typically brutal way - that Seoul would pay a high price for its own hard line. And by unveiling a new uranium enrichment facility, Pyongyang demonstrated that, in the absence of negotiations with the U.S., it would continue to develop its nuclear capability.

Yet again, North Korea has been driving events on the Korean peninsula, -- and showing in the process that the collapse scenario is, for now, anyway, little more than wishful thinking.