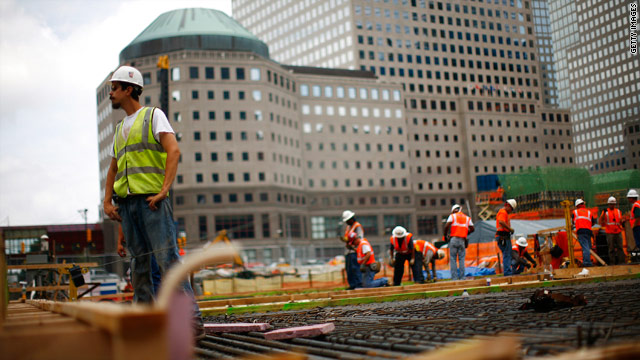 Washington (CNN) -- The United States has spent more than $1 trillion on wars since the September 11, 2001, terror attacks, a recently released Congressional report says.

Adjusting for inflation, the outlays for conflicts in Afghanistan, Iraq and elsewhere around the world make the "war on terrorism" second only to World War II.

The report "Cost of Major U.S. Wars" by the Congressional Research Service attempts to compare war costs over a more than 230-year period -- from the American Revolution to the current day -- noting the difficulties associated with such a task.

Since the the 9/11 terror attacks, the United States has spent an estimated $1.15 trillion. World War II cost $4.1 trillion when converted to current dollars, although the tab in the 1940s was $296 billion.

World War II consumed a massive 36 percent of America's gross domestic product -- a broad measurement of the country's economic output. The post-9/11 cost of the conflicts is about 1 percent of GDP.

Comparisons of costs of wars over a 230-year period, however, are inherently problematic, the report says.

"Figures are problematic, as well, because of difficulties in comparing prices from one vastly different era to another," according to the report. "Perhaps a more significant problem is that wars appear more expensive over time as the sophistication and cost of technology advances, both for military and for civilian activities."

The costs associated with the "war on terrorism" could still go much higher.

A Congressional Budget Office estimate from 2007 said the cost of the wars in Afghanistan and Iraq could total $2.4 trillion by 2017, more than double the current amount.