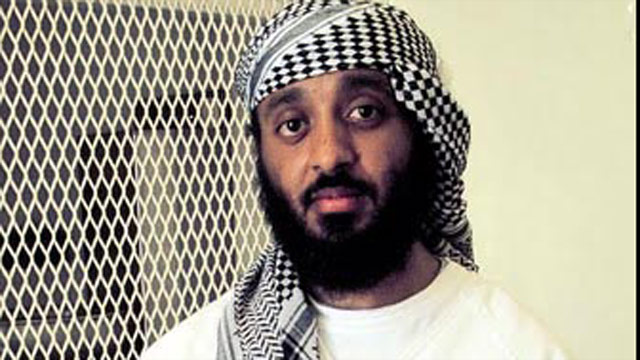 Washington (CNN) -- Two videos and an audiotape of a terrorism interrogation that were found by the CIA in 2007 show September 11 suspect Ramzi Bin al-Shibh, a knowledgeable U.S. source told CNN on Tuesday.

On the tapes, Bin al-Shibh is seen sitting at a desk answering questions, according to the source, who said the tapes do not show any use of "enhanced interrogation" techniques such as waterboarding.

The tapes were recorded in Morocco and found under a desk at the CIA Counterterrorism Center in Langley, Virginia, in 2007, according to the U.S. source.

An October 2007 letter from federal prosecutors to U.S. District Judge Leonie Brinkema confirmed the existence of the tapes. However, the letter did not reveal the identity of the person being interrogated.

The Associated Press first reported that Bin al-Shibh was the subject in the tapes.

Bin al-Shibh was captured in Pakistan in 2002. The exact date of his interrogation on the video is unclear, but it is believed to have occurred within months of his capture.

Bin al-Shibh's lawyer, Thomas Durkin, said Tuesday that he was unaware until now that the tapes involved his client.

"I was rather dumbfounded to think that we had litigated as long as we had in Guantanamo without knowing there were tapes of Mr. Bin al-Shibh," Durkin told CNN. Such a lack of disclosure by prosecutors in a death penalty case is "shocking," he said.

Bin al-Shibh is one of five September 11 suspects, including Khalid Sheikh Mohammed, who originally were scheduled to be tried in New York in connection with the 2001 terror attacks on the United States.

According to Durkin, the status of the case is unclear because the Justice Department and the Obama administration have yet to decide where the trial will occur, after protests arose over holding it in New York City.

The U.S. source noted that Bin al-Shibh has been considered mentally unstable, and Durkin said the interrogation tapes would set a "baseline" for his client's mental state at the time.

The tapes are believed to be the only ones left that show a "black site" interrogation in a third country.

The CIA announced in 2007 that other tapes showing enhanced interrogations of suspects Abu Zubaydah and Abd al-Rahim al-Nashiri were destroyed.