Obama moves toward center, but will he stay there? 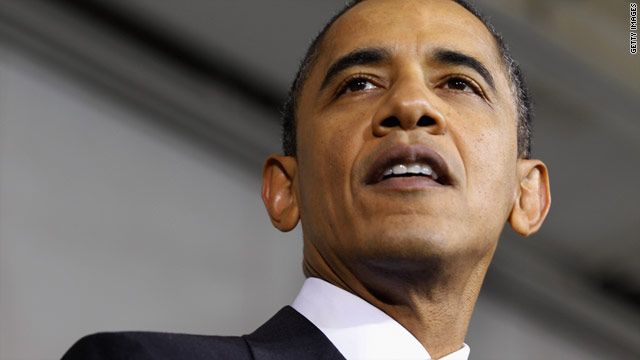 (CNN) -- In the aftermath of the midterms, President Obama acknowledged the "shellacking" handed to him and his party.

"I've got to take direct responsibility for the fact that we have not made as much progress as we need to make," he said the day after the GOP slapped Democrats with the worst congressional beating in more than half a century.

Republicans celebrated what they considered a repudiation of the Democrats' agenda while analysts watched closely for any indication of what was to come from a president grappling with his new political reality.

After a few message misfires in the days following the election, Obama changed tactics, separating himself from the Democratic leadership he'd been so closely tied to and showing a willingness to compromise with the minority party.

iReport: What are your 2011 political resolutions?

If the past few weeks have shown anything, it's that the president knows how to rebound.

"I think he has slowly but surely recognized that the American people want the president and the Congress to work together," said Ron Christie, a Republican strategist who worked in the Bush administration from 2001 to 2004.

Reviewing the year in politics

That's what Obama did when he bucked the liberal base of his party and forged a deal with Republicans to extend the Bush-era tax cuts for two years, a deal that got a thumbs-up from two-thirds of Americans.

But Obama didn't walk away empty-handed. The compromise included a 13-month extension of unemployment benefits, provisions to expand the child tax credit, a Social Security tax break, college tuition tax credits, relief from the "marriage penalty" and an extension of investment tax rates.

Tax cut deal: How it affects you

"You have to look at the reality of government. Liberals self-identified are 22% of the electorate today. You're not going to win elections with 22%," said David Morey, a communications expert who advised Obama's 2008 campaign.

"It's going to get tougher in 2011, but that's the right way to govern. The action of government is in the center. It may not sell newspapers or attract viewers; that's the boring reality of government," said Morey, vice chairman of the Core Strategy Group.

The action of government is in the center. It may not sell newspapers or attract viewers; that's the boring reality of government.
--Communications expert David Morey
RELATED TOPICS

"If there's any lesson to draw from these past few weeks, it's that we are not doomed to endless gridlock," the president said in his final news conference before leaving Washington for the holidays. "We've shown, in the wake of the November elections, that we have the capacity not only to make progress but to make progress together."

The spirit of bipartisanship was a far cry from the message Obama sent the week before the midterms, when he said, "we don't mind the Republicans joining us. They can come for the ride, but they've got to sit in back."

Christie said Obama's earlier attempt to "demonize" his opponents did more harm than good for him.

"I just thought that was so destructive of a tone for the president of the United States to take, because he's the president of all the people, not just Republicans or Democrats," said Christie, founder of the communications firm Christie Strategies.

"I think we're going to find out pretty early in the New Year whether or not he means business on reaching across the aisle or whether he's going to stick to his Democratic constituencies."

Obama's strategy of cooperating with congressional Republican leaders could be the key to his success. A CNN/Opinion Research Corp. survey released last week indicated that 56 percent of Americans say they approve of the way he handled the issues Congress dealt with during the lame-duck session.

In the lead-up to the elections, Christie advised the president to put forth a positive message and a clear vision to move the country forward. That same strategy should guide the president's next two years and be the foundation of the upcoming State of the Union address, he said.

Obama crossed off some of the big-ticket items on his agenda in his first two years, and his remaining priorities will be addressed against the backdrop of 2012.

With a re-election bid looming, Chris Arterton, professor of political management at George Washington University, said a move to the center is a sure bet in part because it's unlikely the president face a Democratic challenger.

"We'll see a different Obama in terms of the kinds of issues he's advancing and reaching to the center, yes, but I think characterologically, we've seen a president who really likes to bring people together, likes to take complex issues and see if there is some way of synthesizing what everybody is saying," he said.

Morey said Obama must channel what worked in his 2008 campaign -- returning to his insurgent roots and playing offense -- while recognizing that a strong economy is the one thing that will please everyone.

The year 2010 started on a somber note with the Haiti earthquake, and the BP oil spill lasted for months. But the year also had its share of triumphs.
A final farewell

CNN takes a closer look at the celebrities who passed away in 2010, including actors Tony Curtis, Dennis Hopper, Lena Horne and Leslie Nielsen.
Tablets take off in 2010

Outside of the techno-geek community, few had even heard of tablet computers when 2010 started. But in late January, that all changed.
New scandals, old faces

Was it 2006 all over again? Mel Gibson, Charlie Sheen, Lindsay Lohan and Paris Hilton made headlines this year -- and for all the wrong reasons.