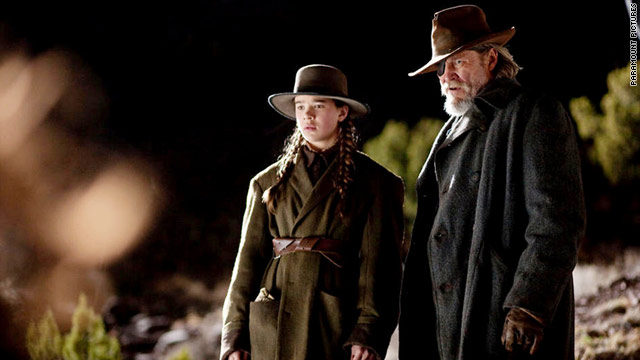 (CNN) -- Depending on what part of the country you live in, there were approximately 500 (New York) to 250 (everywhere else) new films released in theatres this year. I didn't see all of them, and neither did you.

No 10-best list is definitive, and in any case, this exercise is inevitably entirely subjective. I'll say that again: It's just my opinion folks, based on the 200-plus new movies I've seen this year, and 20 years writing and thinking about films.

If you're looking for a list of the 10 biggest box office titles of the year, you're in the wrong place -- just because "Clash of the Titans" and "The Last Airbender" made three-quarters of a billion dollars between them, it doesn't make them must-see movies in my book.

Small isn't always beautiful, but you're no true film lover if you're not open to discovering movies as original and invigorating as "Mother," from South Korea, or "A Prophet," from France (combined U.S. gross: $2.5 million).

If my choices don't match your own, please share yours in the comments. I'll read them with interest and hope to get the chance to check out good flicks I missed, which is, after all, the most useful point of the exercise.

On that note, without further ado, my top 10 of the year:

Few films pack as much information about the state of the world as this high velocity thriller about the notorious '70s terrorist Ilich Ramirez Sanchez, aka Carlos the Jackal. I was lucky enough to catch the full 330-minute TV version, not the 160-minute feature released in U.S. theatres. Directed by Olivier Assayas, this is a fascinating dissection of how the Cold War, the Palestinian problem and oil potentates laid the fault lines for today's political tensions. It's Jason Bourne with a Ph.D. in political science.

A classical western except for the prodigiously eloquent and determined teenage girl at its center, "True Grit" finds the Coen brothers keeping a tight rein on their sometimes snide comic inclinations. "True Grit" is folkloric in its hard-nosed evocation of a place and time where the prospect of sudden death is a constant factor, but where a young girl of redoubtable principle and pluck can still stir acts of remarkable self-sacrifice in even the hardest hearts.

Leonardo DiCaprio made two intriguing dream projects back to back. "Inception" was an impressive demonstration of Christopher Nolan's command of time and space, but Scorsese's gothic nightmare was an altogether deeper and more troubling excavation of the repressed. Critically lauded and a commercial hit, "Shutter Island" still seems underrated -- the film's real twist is that it's an even better movie on second viewing.

A brilliantly inventive and surprisingly suspenseful escape movie conjured from the fearsome prospect of consignment to the toy box in a day care's toddler room. Pixar's long-lived series' abiding separation anxiety is funneled into a succession of ingenious feints and evasions, climaxing in an apocalyptic vision of the gaping inferno. (In 3-D, of course.)

There was no more exhilarating movie experience than Danny Boyle's intense nail-biter about trapped climber Aron Ralston. The story's built-in restrictions inspire the "Slumdog" director to his giddiest heights, and James Franco delivers one of the performances of the year as a young sensation-seeker forced to confront his imminent extinction.

Korean soap actress Kim Hye-ja makes one of the movies' most unconventional amateur sleuths in the latest idiosyncratic thriller from Bong Joon-ho ("The Host"; "Memories of Murder"): a street herbalist convinced that her mentally challenged son is not the murderer he has been made out to be. Her investigation is unorthodox, intuitive and ultimately agonizing.

Based on the novel by Daniel Woodrell, this features a breakthrough performance from Jennifer Lawrence as 17-year-old Ree Dolly, traversing the Ozark hollers in search of her father to persuade him to meet his court date and save the family farm from the bail bondsmen. Debra Granik directed this bleak, desolate picture of a community scratching by. Like Mattie in "True Grit," Ree has no power here except the moral authority she insists on.

This enthralling account of the birth of Facebook is a masterly piece of storytelling from screenwriter Aaron Sorkin and director David Fincher. It's a portrait of a petulant prodigy to put beside "Amadeus," and as class conscious as "The King's Speech," but very much of the moment. Only time will tell if it endures as well as some of Fincher's previous efforts.

Hard to say what the audience was for Matt Reeves' Americanization of the acclaimed Swedish vampire film "Let the Right One In." In any case, they didn't show. But this superb chiller honored the delicacy of the original in its subtle shading of childhood horrors and its wintry evocation of Los Alamos, while delivering two or three terrific set-pieces.

Is this a fake documentary about real artists or a real documentary about fake artists -- or a bit of both? Credited to the pseudonymous British street artist Banksy and to his French-American acolyte Thierry Guetta (aka Mr Brainwash), the film is a slippery comedy about authenticity in art, as witty and devious as Orson Welles' "F For Fake." The camcorder footage of Space Invader, Shepard Fairey and Banksy himself creating guerilla art high above slumbering cities is priceless.

iReport: Fairey and "Exit Through the Gift Shop"

And five of the worst...

M Night Shyamalan appears to have completely lost the plot.

Another utterly underwhelming action rom-com, this time with Jennifer Aniston and Gerard Butler. Should have, could have been better.

iReporter: "Bounty Hunter" is a stinker

It's not that I don't like action -- or Stallone -- but this geriatric throwback to the 1980s was lazy and lunkheaded.

"The Big Chill" with fat, frat and fart jokes. Thanks, but I preferred it the first time around, with laughs.