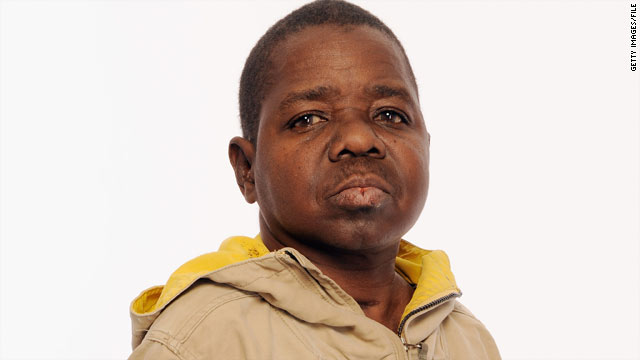 Images of Gary Coleman in the hospital at the end of his life have allegedly surfaced.
STORY HIGHLIGHTS
RELATED TOPICS

Los Angeles, California (CNN) -- Gary Coleman's ex-wife sold "death photos" of the former child actor in "ongoing desperate attempts" to profit from his death, according to the person Coleman named as executor of his estate.

The photographs, taken inside the hospital where Coleman died last month, will be published this week in Globe magazine, according to a publicist for the magazine.

The magazine would not disclose how much it paid or who sold the images.

Coleman divorced Shannon Price in 2008, but they were living together in Santaquin, Utah, when he suffered a fall at home last month and died two days later of a brain hemorrhage in a Provo, Utah, hospital.

"Knowing Gary, as well as anyone could have, I assure his closest family, friends and fans that his disdain for this behavior would be unquestionable and paramount to any foregoing profession of 'love' for Shannon that might have ever poured from his lips," Dion Mial said in an e-mail to CNN.

Price, 24, did not deny Mial's accusation, but she did say in a statement from her publicist that she needed money because she had helped Mial pay for a lawyer.

"Dion, who claims to be a good friend of Gary, would know that Gary's only wishes were to make sure that Shannon would be OK after he was gone," Price's statement said. "So if Dion was a good friend he would be assisting Shannon, not taking all her money, to pay for his attorney and then use it to take everything from her."

Mial, a longtime friend and former manager of Coleman's, was named in the actor's will to be executor of his estate, according to a lawyer for Coleman's parents.

Price's statement said Coleman made a comment just a day before his fatal fall, distancing himself from the man whom he had named executor.

"He said that he had not been friends with Dion for years," her statement said. "When asked why, Gary said, 'All good things come to an end.' Gary was stating that he had a falling out with Dion and did not wish to be close friends with him anymore. I can see why now by the way that Dion is also turning on Shannon as well."

Mial did not immediately respond to Price's Monday statement, but in an earlier statement he told CNN that Coleman's ex-wife "has absolutely no rights or authority with regard to the disposition of Gary's remains, services, estate management."

"In light of Shannon Price's ongoing desperate attempts to profit from the mysterious death of her 'beloved husband,' by way of the sale and/or distribution of pre- or post-mortem 'death photos,' moment-to-moment television interviews for pay, video tours of her former home, Gary Coleman's personal effects, photographs or any items that have been removed from the home, without the written consent of a special administrator for or the executor of the Coleman estate, I emphatically request that all solicitations from Shannon, or from any individual holding themselves out as her representative, be categorically denied and refused," Mial said.

Celebrity news website TMZ said Monday that its representatives were shown one of the death photos but declined to look at others.

"In the pic, Gary is in the hospital, his eyes are closed, and he is hooked up to a ventilation machine. It is not a pleasant sight," TMZ said.

Funeral plans for Coleman are "pending" more than a week after his death, Mial said.

Coleman's parents dropped their bid to have the actor's body returned to Chicago, Illinois, for burial after their lawyer was shown the will naming Mial as executor, the lawyer said.

Coleman's relationship with his parents was strained after he sued them 20 years ago for $1 million, claiming that they squandered his earnings as a child actor.

Mial became Coleman's manager when he fired his parents. Mial was a close companion of Coleman's when he was a child actor on the TV show "Diff'rent Strokes."

The body of the 42-year-old actor was at Lake Hills Mortuary in Sandy, Utah, as of Friday, the mortuary's legal department said.

Despite their divorce, Price had the legal authority to authorize his doctor to disconnect his life support, the Utah Valley Regional Medical Center in Provo said.

"Mr. Coleman had completed an Advanced Health Care Directive that granted Shannon Price permission to make medical decisions on his behalf if he was unable to do so," said the hospital statement, which Price authorized.

The document was in effect when the decision to remove Coleman from life support was made May 28, the hospital said.

"An Advanced Health Care Directive remains in effect regardless of a patient's marital status, unless modified by the patient," the hospital statement said.

Coleman was best known as the wisecracking youngster Arnold on "Diff'rent Strokes" from the late 1970s to the mid-1980s.

"There was a touch of magic and a different stroke in Gary Coleman," said TV legend Norman Lear, who produced the show. "He was the inspiration behind his show's title."