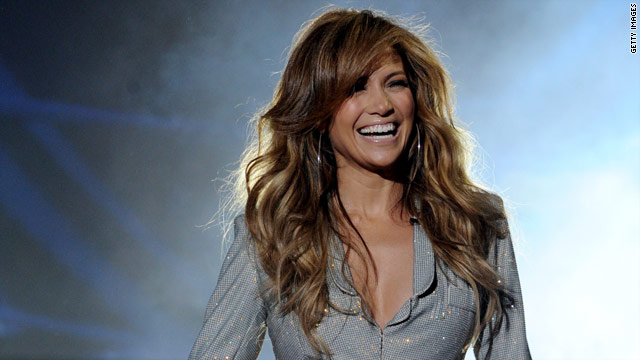 Jennifer Lopez is viewing "Idol" as a way to jump-start her film and TV career, a source says.
STORY HIGHLIGHTS

(CNN) -- At first glance a reality-TV hosting gig might seem beneath a megawatt star like Jennifer Lopez. But, according to insiders, Lopez needs "American Idol" just as much as it needs her.

"She's tried a couple comebacks. They really haven't worked for her," says Stuart Levine, managing editor at Variety. Levine added, "She's not the celebrity she was 15 years ago. But she's not stupid. ... She's a smart businesswoman."

But neither party seems to be holding the short end of the stick. She's viewing "Idol" as a way to jump-start her film and TV career, Levine said. In turn, Fox is banking on some star power to boost ratings during its first season without Simon Cowell.

A first-look deal with Lopez means the studio will get the initial dibs on projects backed by her production company, Nuyorican Productions. According to Levine this isn't a big deal for Fox.

" 'Idol' is such a big money maker ... I don't think they had to twist too many arms for that," Levine said. "Studios have so many first-look deals with so many production companies that one more is not a make or break situation. If this was someone they didn't want, they wouldn't have done it."

With last season's ratings dipping below 20 million viewers in April, J.Lo and Steven Tyler could be the magic formula for viewers.

It's likely that "Idol's" audience share will soar at the beginning of the season, with viewers tuning in for the first few weeks to see the new judges in action. But then again, the same was said last season of recently resigned judge Ellen DeGeneres and everyone knows how that turned out, said Abbey Goodman, executive editor of RollingStone.com.

Video: And the 'American Idol' judges are...
RELATED TOPICS

"No one thought Paula Abdul would be someone we would care about or miss when she was first announced," said Goodman. "[Lopez] has the opportunity to get back that fan support through this. Whether she will remains to be seen."

In order to harness that support from fans, Lopez may need to return to her "Jenny from the Block" roots. Before there was "American Idol," there was the "Bennifer" era, when Lopez engaged in a very public relationship with Ben Affleck. But before that, she was just a young girl growing up in New York trying to make it big.

A dancer from the Bronx, Lopez landed a role as a Fly Girl on Fox's "In Living Color" in 1991. (J.Lo wasn't the only Fly Girl to become a judge on reality TV. Carrie Ann Inaba of "Dancing With the Stars" got her start on the comedy series in 1990.)

iReport: Will you watch Lopez on "Idol?"

After leaving the hit TV show in 1993, Lopez finally found a place in the music industry with her debut album, "On the 6," in 1999. The album, which featured hits like "If You Had My Love" and "Waiting for Tonight," earned the singer multiple Grammy Award nominations.

J.Lo officially became a triple threat when she played the lead in the 1997 biopic "Selena." This breakout role led to other film opportunities, including 1998's acclaimed "Out of Sight," in which she starred alongside George Clooney.

She's since headlined romantic comedies like "The Wedding Planner," "Shall We Dance," "Monster-in-Law" and her most recent flick "The Back-up Plan," which Levine jokes made about $12 at the box office. (According to BoxOfficeMoJo.com, the film made more than $12 million in its opening weekend.)

For Lopez, who has two children with husband Marc Anthony, the benefits of her new gig don't end with a paycheck. On Wednesday, Lopez said she looks forward to settling down in Los Angeles for a while.

"This is a sweet deal," said James Cantiello, MTV News' "American Idol" expert. "It's mutually beneficial for everyone involved."

This is the last season "American Idol" is guaranteed to be culturally relevant, Cantiello said.

"'Idol' lives and dies by the quality of the contestants," he added. "As long as they cast good people this year, 'Idol' will remain on top."