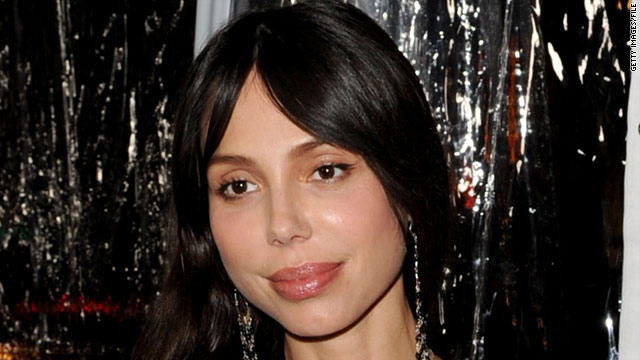 A source says lawyers for Oksana Grigorieva had been communicating with producers for the "Oprah" show.
STORY HIGHLIGHTS
RELATED TOPICS

A spokesman for Oprah Winfrey told CNN Tuesday "We have nothing to announce at this time."

Lawyers for Grigorieva have "ongoing communications" with "Oprah producers," said the source, who asked not to be identified since the source was not authorized to speak publicly about it.

Grigorieva's visit with Oprah Winfrey "was about to happen, but has been postponed indefinitely," the source said.

She had done one interview with People Magazine but that is "hanging in the balance," the source said.

Her lawyers did not immediately respond to CNN's request for comment.

Gibson and Grigorieva are involved in a bitter child custody dispute over their 8-month-old daughter. Both of them are also the targets of parallel investigations by the Los Angeles Sheriff's Department.

Police in Malibu Hills, California, opened the investigation earlier in July into an alleged domestic violence incident between Gibson and Oksana Grigorieva.

Grigorieva has accused Gibson of striking her in the face, while he alleges that she attempted to extort him to keep controversial recordings of their arguments secret.