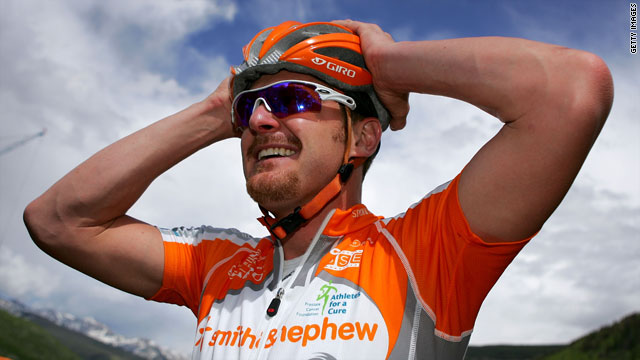 Investigating Judge Thomas Cassuto issued the warrant January 28 for the alleged hacking of the lab's computer system in 2006, said Marie-Christine Daubigney, the assistant prosecutor of the tribunal in Nanterre, near Paris.

It was not immediately clear why the judge was issuing the warrant after more than three years.

Landis, 34, was stripped of his 2006 Tour de France win and suspended from cycling for two years after he tested positive for synthetic testosterone, a banned male sex hormone.

Oscar Pereiro of Spain inherited the 2006 title after Landis was disqualified. Landis appealed, maintaining the French laboratory made errors in his case.

The Court of Arbitration for Sport, which handles international sports disputes, upheld the ban and the decision to strip him of his title in June 2008. The warrant relates to the computer system of the AFLD, the French anti-doping agency that conducted drugs testing at the Tour, said AFLD President Pierre Bordry.

The International Cycling Union, which governs the sport worldwide, has dropped the AFLD as the anti-doping agency for this year's Tour de France, though the decision has nothing to do with the Landis case, union spokesman Enrico Carpani told CNN.

The decision had to do with comments Bordry made after the 2009 Tour, Carpani said. A new anti-doping agency has yet to be chosen for the 2010 race, he said.