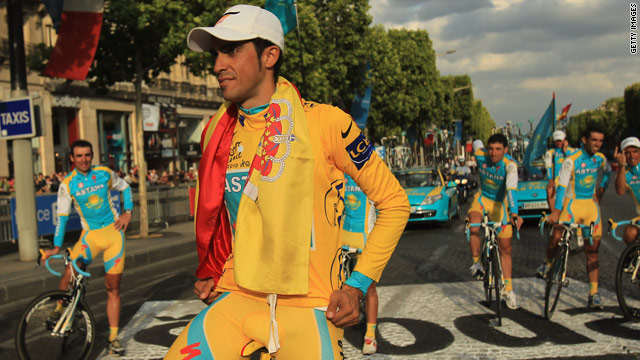 (CNN) -- Alberto Contador will ride for a new team when he seeks his fourth Tour de France title next year, after deciding not to renew his contract with Astana.

The Spanish cyclist made the announcement on Wednesday, just three days after winning the sport's premier event for the third time in four years.

"Alberto Contador has rejected the ultimatum of the Astana team, who had asked for a definitive answer to its offer of a contract renewal for the coming seasons," read a statement from his spokesman, the UK Press Association reported.

"Contador had asked for time to consider his future, given the importance of this decision. Although the positions of both parties were not so far apart, the team wanted to know urgently whether or not the winner of the Triple Crown would lead the team in 2011, and that's where the positions began to differ."

The 27-year-old joined Astana -- which is owned by a group of state-run companies from Kazakhstan -- in 2008.

He had won the Tour for the first time with the Discovery Channel team in 2007, but Astana were not allowed to enter the following year after doping scandals.

Contador claimed the title again last year despite an uneasy relationship with Astana teammate Lance Armstrong, the seven-time champion who was making his racing comeback after a short retirement.

With Armstrong leaving after the 2009 event to form his own team, RadioShack, Contador was the clear leader of Astana this year despite the successful return by Alexandre Vinokourov, who had quit in 2008 after being banned for blood doping.

Contador has yet decide where he will ride next year, his spokesman said.

"After winning the 2010 Tour de France, Alberto Contador wants to have time to calmly explore all possibilities available to him to ride during the coming seasons, but so far none has been excluded," the statement said.