Real Madrid and AC Milan paired in 'Group of Death' 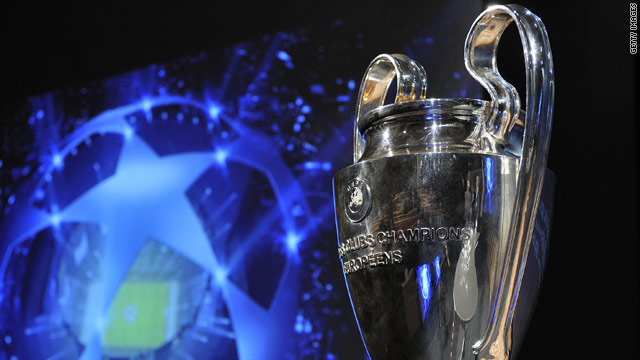 (CNN) -- Nine-time winners Real Madrid were handed a monumental task as the draw for the group stages of this season's Champions League was made in Monaco on Thursday.

Real have failed to progress beyond the last 16 knock out stages for the past six seasons, but will need to be at their best to reach the second round with only the top two from each of the eight groups going through.

Title holders Inter Milan, coached to their triple triumph by Mourinho before he departed for the Bernabeu, have also been handed a difficult group.

English Premier League side Tottenham Hotspur, Bundesliga Werder Bremen and Dutch champions FC Twente will be their opponents in Group A.

It's a group of death, but we'll do what we need to
--Massimiliano Allegri
RELATED TOPICS

"Our group and Inter's are definitely the most difficult," he told AFP.

The draw has also thrown up another "Battle of Britain" with three-time champions Manchester United in Group C alongside Scottish champions Rangers.

The 2009 winners Barcelona, one of eight top seeds, have been installed as the early favorites after drawing Greek side Panathinaikos, FC Copenhagen of Denmark and Russian league winners Rubin Kazan in Group D.

The opening set of group games will take place on September 14 and 15, with the final scheduled for England's famous Wembley stadium on May 28, 2011.