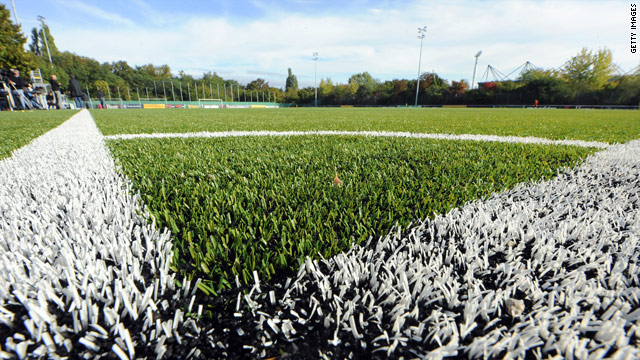 Editor's Note: Rebecca MacKinnon, who is quoted in this article, is a former CNN journalist.

(Ars Technica) -- If you thought corporate "astroturfing" (fake grassroots activity) was a problem at sites like Yelp and Amazon that feature user reviews of products, imagine how much worse it would be if the U.S. government employed a couple hundred thousand people to "shape the debate" among online political forums. Crazy, right? What government would ever attempt it?

According to noted China researcher Rebecca MacKinnon, the answer is China, which allegedly employs 280,000 people to troll the Internet and make the government look good.

MacKinnon's discussion of Chinese astroturfing measures turns up in testimony that she prepared from a Congressional hearing this month. When that hearing was eventually rescheduled, MacKinnon was no longer on the witness list, so she released her prepared remarks (PDF) anyway.

The government increasingly combines censorship and surveillance measures with proactive efforts to steer online conversations in the direction it prefers.

In 2008 the Hong Kong-based researcher David Bandurski determined that at least 280,000 people had been hired at various levels of government to work as "online commentators." Known derisively as the "fifty cent party," these people are paid to write postings that show their employers in a favorable light in online chat rooms, social networking services, blogs, and comments sections of news Web sites.

Many more people do similar work as volunteers -- recruited from among the ranks of retired officials as well as college students in the Communist Youth League who aspire to become Party members.

This approach is similar to a tactic known as "astroturfing" in American parlance, now commonly used by commercial advertising firms, public relations companies, and election campaigns around the world. In many provinces of China it is now also standard practice for government officials -- particularly at the city and county level -- to work to co-opt and influence independent online writers by throwing special conferences for local bloggers, or inviting them to special press events or news conferences about issues of local concern.

That last sentence about co-opting bloggers certainly isn't limited to China; U.S. companies have perfected the practice, and government public relations people dole out interviews and access to journalists in ways often designed to shape opinions or coverage. But still -- 280,000 people paid to permeate message boards and e-mail lists, all backing the government's line? The mind boggles.

People have developed countermeasures, she says, including:

-- "Informal anti-censorship support networks: I have attended gatherings of bloggers and journalists in China -- with varying degrees of organization or spontaneousness -- where participants devoted significant amounts of time to teaching one another how to use circumvention tools to access blocked Web sites."

-- "Distributed web-hosting assistance networks: I am aware of people who have strong English language and technical skills, as well as overseas credit cards, who are helping friends and acquaintances in China to purchase inexpensive space on overseas web hosting services, then set up independent blogs using free open-source software."

-- "Crowdsourced 'opposition research': With the Chinese government's Green Dam censorware edict last year, we have seen the emergence of loosely organized "opposition research" networks. Last June a group of Chinese computer programmers and bloggers collectively wrote a report exposing Green Dam's political and religious censorship, along with many of its security flaws."

-- "Preservation and relay of censored content: I have noticed a number of people around the Chinese blogosphere and in chatrooms who make a regular habit of immediately downloading interesting articles, pictures, and videos which they think have a chance of being blocked or removed. They then repost these materials in a variety of places, and relay them to friends through social networks and e-mail lists."

Then comes our favorite: Dirty jokes as a form of protest.

In 2009, Internet censorship tightened considerably. Many lively blogging platforms and social networks where heated political discussions were known to take place were shut down under the guise of an anti-porn crackdown. In response, an anonymous Shanghai-based jokester created an online music video called "Ode to the Grass Mud Horse," whose technically innocent lyrics, sung by a children's chorus over video of alpaca sheep, contained a string of highly obscene homonyms.

The video spawned an entire genre of anti-censorship jokes and videos involving mythical animals whose names sound similar to official slogans and obscenities of various kinds. This viral pranksterism created an outlet for people to vent about censorship, poke fun at the government, and raise awareness among many people who are not comfortable discussing such matters in a direct way.

Now, in true capitalist style, one can buy shirts, hats and stickers that feature the Grass Mud Horse.