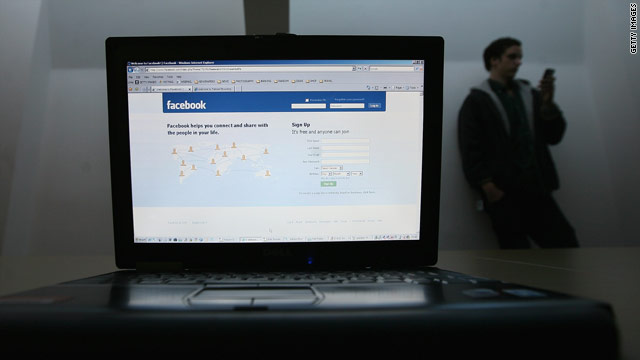 (CNET) -- It's been a long time since it got in the way of the World Series, but the threat of seismic tumult still hangs over Silicon Valley. When earthquakes elsewhere in the world dominate the news, people get a little more sensitive to their own vulnerability in the Bay Area. The ground might really have just given a twitch. Is it moving?

The social network modified its policies for handling user data once again as part of its F8 conference and release of the Open Graph API, and ever since it became clear that more information is being set as public by default and more is being shared with third parties, concerned Facebook users have been on jittery alert, perhaps prone to overreaction, concerned that something even bigger may be about to change.

They might be freaking out a little too much. Still, the lesson to be learned from this bizarre analogy is that dealing with social media is more like disaster preparedness than you would think.

On Wednesday, one small but alarming security hole was found in Facebook; the company attributed it to an engineering bug, and patched it.

On Thursday, PC World detailed that Facebook was "secretly adding" third-party applications to user profiles, something that the company once again attributed to a bug and said that it had been fixed. Investor-pundit Paul Kedrosky and fanboy idol Peter Rojas, former editor of Engadget and co-founder of GDGT, both announced on Thursday that they were deactivating their Facebook profiles.

Basically, Facebook is the Pacific Ring of the Web. In its six-year history the company has radically changed its product by implementing one small, step-by-step move after another.

Recently published excerpts from David Kirkpatrick's forthcoming book "The Facebook Effect" recall small Facebook features and quirks that were quietly snuffed from the site, like the random placement of the "Wedding Crashers" quote "I don't even know what a quail looks like" under its search query field. Cue a few thousand early Facebook users saying, "Oh, yeah, I remember that!"

How do you bust up a giant landmass into seven pieces without anybody noticing? Slowly. How do you turn an uptight, closed-off Web business built by a few college students into a sprawling creature that seems capable of sharing anything with anyone anywhere? Very, very slowly. But when something big happens, people start to notice the small stuff that they wish they'd seen earlier.

Concerned Facebook members are now acting like the social network has grown into something beyond their control, that even lawmakers might not be able to do much good, that the company is acting more like an unpredictable force of nature than a business run by, well, humans. Which is funny, because these days Facebook is playing up its human side, its fallibility.

After Wednesday's privacy glitch caused Facebook to temporarily disable its chat feature while all the bugs were fixed, The New York Times quoted the company's vice president of public policy, Elliot Schrage, as saying, "Are we perfect? Of course not." We should be getting used to the fact that an "iterative" product model, the sort of practice that's become commonplace now that pushing out new features no longer requires waiting for the next release of a shrink-wrapped software package, will mean imperfections.

It will mean screw-ups. It will mean bugs that are quickly patched and poorly thought-out features that are pulled in due time, but they were there in the first place, and user data may have been affected in the process. These are Facebook's tectonic plates, and we are just riding around on them.

This is disconcerting, and perhaps unethical. It's provoked concern among lawmakers, anger among activist groups, and fear among Facebook members. But, for better or for worse, this is how Facebook has been working for the past six years, and the Web at large may finally be coming to that sort of understanding.

The ground is moving at Facebook, and it always has been. The social network can credit a big portion of its success to this ability and willingness to keep changing while some of its industry brethren -- MySpace, Digg -- kept products relatively static and are now suffering the consequences.

This doesn't mean that Facebook's unstoppable by any means, though. Maybe the coalition of U.S. senators petitioning the Federal Trade Commission to rein in social networks' handling of user data a bit will be effective, and Facebook will be forced to stabilize the iteration of its service a bit; this, in turn, could mean that its lightning-speed innovation could be curbed as red tape and roadblocks go up, making it more likely that another service could race in and start chewing at its market share.

Or members could, of course, just leave -- and Facebook's business model is only as good as the 400 million people who inhabit it. But people choose to live in areas prone to deadly natural disasters, too. Living your life (or a portion of it) on the Web and entrusting personal data to social-media services like Facebook means that you're agreeing to colonize a product that's subject to change and unexpected error.

This is true for many services besides Facebook, too. Twitter's shown hints of major expansion plans. Location-based networking start-ups have an appetite for marketing partnership dollars and a whole lot of private data in their coffers. Then there's Blippy, the new, edgy purchase-sharing start-up that accidentally exposed several users' credit card numbers last month.

You could choose to err on the side of paranoia, assume that Facebook CEO Mark Zuckerberg is greedily dreaming of how awesome it will be when he sells everyone's data to marketers and uses the profits to buy himself a private island, and delete your Facebook account.

Or you could just be aware, be cautious, and figure that maybe your credit card data is something you want to keep off of Facebook for now.

Because while Facebook is the company it is today -- subject to constant and frequent volatility, eager to tread into new marketing and networking territory --this is how it's going to be.