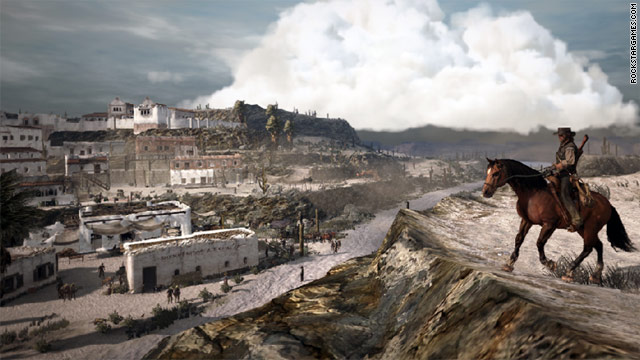 Editor's note: Scott Steinberg is the head of technology and video game consulting firm TechSavvy Global, as well as the founder of GameExec magazine and Game Industry TV. The creator and host of online video series Game Theory, he frequently appears as an on-air technology analyst for ABC, CBS, NBC, Fox and CNN.

(CNN) -- From an explosion of social games and iPhone apps to the rise of motion controls, cloud computing and retro revivals, 2010 has been a year of surprises and revelations for gaming enthusiasts.

But it's also been a generous one to PC and home console owners, with dozens of gob-smacking titles available for almost every system.

Between the launch of long-awaited epics such as "Gran Turismo 5" and "BioShock 2," and the return of heavyweights such as "NBA Jam" and "GoldenEye 007," choosing the year's top 10 titles is a Herculean task.

It's doubly so when you consider how subjective every player's list is, with one man's "World of Warcraft: Cataclysm" another's "Fallout: New Vegas."

That said, here are the 10 games that most captured my attention this year, whether through technical innovation or sheer thumb-waggling goodness.

Which ones make your own personal best list? Be sure to write in and let us know in the comments section below.

1. "Heavy Rain" (Sony, PlayStation 3) -- An interactive thriller that raises the bar for adventure gaming by injecting genuine choice and emotion into its suspenseful nonlinear narrative. It features storytelling that's every bit as gripping and cinematic as anything Hollywood produces. 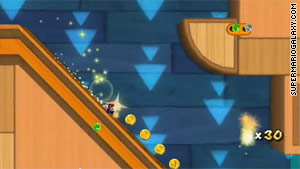 Kids of all ages can't resist the cartoon charms of Super Mario Galaxy 2. 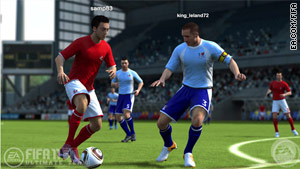 FIFA 11 will appeal to anyone who still misses last summer's World Cup.

7. "FIFA 11" (EA Sports, PC/PlayStation 2/PlayStation3/PSP/Xbox 360) -- Brings home the virtual World Cup with its lifelike athletes, simple yet deep design mechanics and spirited online play, making it a fast, fun and surprisingly accessible choice, however comfortable you are in cleats.

8. "God of War 3" (Sony, PlayStation 3) -- Say what you will about its bucketfuls of blood, histrionic rage and penchant for melodrama, but this gory Greek tragedy delivers some of the most brutal button-mashing mayhem ever seen on home consoles.

9. "StarCraft II: Wings of Liberty" (Blizzard, PC) -- Roughly 12 years in the making and so big it had to be split into three parts, this futuristic real-time strategy epic stunned critics by actually living up to the hype. In an age of kinder, gentler social and casual titles, it also underscored hardcore PC gaming's continued relevance and appeal.