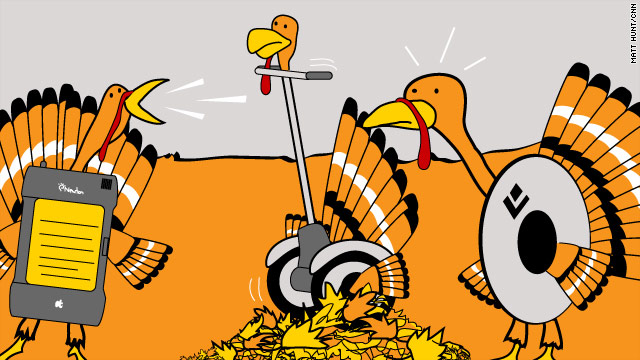 From the Apple Newton to the Segway to the LaserDisc, bad or unsuccessful products soon become turkeys in the tech world.
STORY HIGHLIGHTS
RELATED TOPICS

(CNN) -- Ahh, Thanksgiving -- a time to reflect on all that is good in our lives and express our gratitude for it. And, of course, for snarky journalists to take seasonal advantage of the word "turkey."

Between bird-and-gravy-induced naps, many of us will spend Thursday pondering the array of new gadgets expected to go on sale on Black Friday (and Cyber Monday).

But, first, let's pause to reflect upon those less fortunate -- the tech turkeys that won't be on anyone's shopping list.

Some of these turkeys are still flapping. And, who knows? One or two of them might surprise us all and one day take flight. (Stretched that metaphor until it just about snapped, huh?).

Some of these disappointments, to be fair, were great ideas that flew high for a time. Others were one-off clunkers from folks (Apple, anyone?) whom we can usually count on for tasty tech.

As Thomas Edison said, sometimes failing is just a way to cross the 10,000 things that don't work off your list.

But enough being fair. It's turkey time:

Ah, the early '80s. Those of us who remember them can recall, if we try really hard, that brief window when we were sure LaserDiscs were going to be the future of home video.

To be sure, videotapes were a confusing mess back then. The Betamax format wouldn't be long for this world, and surely the same universe that brought us "Star Wars" and "Flash Gordon" would bring us a futuristic-feeling way to watch them.

But the discs were a foot wide, making them clunky and heavy. They scratched easily. And, like old-fashioned LP albums, they usually needed to be flipped to watch a whole movie.

The discs had a decent run in Japan and other Asian countries. But in the United States and Europe, consumers opted to save their money and keep blowing on their VHS tapes when they wouldn't play. 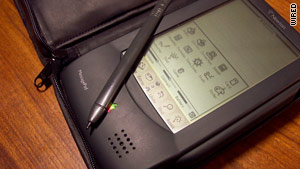 Apple's primitive Newton tablet was ahead of its time.

The darlings of the technology world had a string of misses in the 1990s before rocking back to the top with the iPod.

OK, see if this sounds familiar: a computer that's small enough to carry around, has an interactive touchscreen, lets you get messages and runs apps.

Sadly for Steve Jobs and co., the world wasn't ready for the Apple Newton in 1993. That's when the company (in all fairness, pretty accurately) predicted such devices would be the future of computing.

Its $1,000 price, too-big-for-a-pocket size and spotty interface -- you pecked on the screen with a pen-like stylus -- soon doomed the Newton.

Let's all have a moment of silence, then pull out our tablet computers and tap out a touchscreen epitaph.

OK, we expect this one to fall into the Thomas Edison category.

Google routinely likes to poke at boundaries by encouraging employees to whip up new products to test. Sometimes, they work. Often they don't.

Wave did -- well -- it did something. Like allow people to communicate and collaborate. It was big and ambitious and promised to change how we use the Web. But in the end, too few people actually understood what they were supposed to be doing (even with an 80-minute explainer video).

Google, which released Wave in 2009, finally announced it was pulling the plug in August. But don't be surprised if some of the app's infrastructure resurfaces

Segways are kind of cool in an eco-friendly, geeky sort of way.

But, with apologies to Apple co-founder Steve Wozniak and his polo-playing buddies, the self-balancing personal vehicle just hasn't caught on.

About 6,000 of them were sold in 2003, when they were released, and it took six years for sales to hit the 50,000 mark. (For a handy technology-world comparison, Apple's iPad sold more than twice that many in one day). A 2006 recall to fix a software glitch didn't help.

At this point, who's got more than $6,000 for a vehicle that, despite its advanced technology, falls somewhere between a motor scooter and walking in terms of efficiency?

For our part, we hope Segway, which was sold to a British company this year, sticks around. After all, how else will Justin Bieber escape his adoring but kind-of-scary fans? 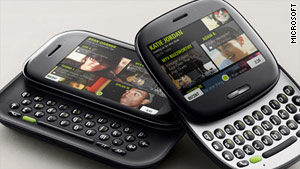 Microsoft's KIN phones were yanked off the market after two months.

Microsoft didn't become the kings of personal computing for nothing. They get a lot of things right.

But, wow, what were they thinking with the KIN?

Marketed to teens and tweens, the Kin One and Kin Two seemed to aim for the social, "cool" quotient of the iPhone without much of its computing heft.

They didn't run outside apps and their data plans were comparable in price to the iPhone and other more advanced smartphones. In truth, it felt like the Microsoft mobile team's hearts were already with the Windows Phone 7 by the time the KINs hit the market in April.

Less than two months (and by some accounts less than 10,000 sales) later, the KIN was no more -- making it one of the shortest-lived efforts in the short history of the smartphone.

Speaking of shopping, is there any better example of early 2000s dotcom bust than this online retailer?

Pets.com had everything going for it, except a valid reason why pet owners would flock to buy stuff for their furry family members, sight unseen, on the internet.

For the most part, this turkey is here to represent the legions of dotcom busts from that era. But none of the others had an awesome sock puppet spokesman who reached the highest pinnacle of the advertising world -- a Super Bowl commercial.

Final insult? Type pets.com into your browser now and it feeds to the website for PetSmart, the old-fashioned, brick-and-mortar chain that bought the domain name.

Alas, if only they'd tanked a decade later, maybe there would have been a federal bailout to keep them afloat.

We've picked on this device before, but it's just so hard to figure out what its makers were thinking.

TwitterPeek is a $199 gadget that basically does one thing. It lets you post and read Twitter messages while on the go.

Kind of like every smartphone in the world. Which you can buy for the same price if not less.

It's a safe bet that most folks who care enough about their tweets to need access to them everywhere also own a smartphone. A true turkey. 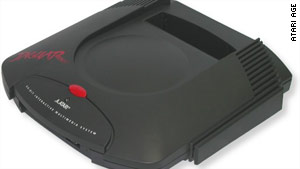 Atari's Jaguar gaming system was eclipsed by the Nintendo 64.

In the '80s, before ultimately succumbing to "The Blade Runner Curse," Atari was the king of home video-gaming.

In 1993, the company was ready to strike back at other emerging systems like the Sega Genesis with a souped-up (for the time) 64-bit system that would be more powerful and look better than the competition.

An aggressive marketing campaign followed and the system was released to positive reviews.

But developers apparently thought it was hard to create games for, and it flailed with a lack of strong new titles.

Two years later, a little system called the Nintendo 64 hit the market. You know the rest.

It's hard to blame Atari for this one. But it's as good a chance as any to fondly recall the last gasp of a gaming giant.

This one could have gone either way.

Up until 2008, Blu-ray and HD-DVD were neck-and-neck in the battle over which format would become the leader in high-definition home entertainment. Both had their supporters, but production companies couldn't justify the cost of rolling out their movies for two different formats.

If a couple of video production companies had swung the other way, we could be calling Blu-ray the tech turkey here.

Toshiba finally gave up on HD-DVD in 2008, after Warner Brothers and Netflix announced they would no longer support the format. When Wal-Mart said it was going Blu-ray only, it was the kiss of death.

Ironically, some tech observers now wonder whether Blu-ray will be doomed by movies and other content streamed from the Web.

Remember when we were on the verge of living high-tech virtual lives?

When optic sensors, VR helmets and power gloves were supposed to have us living in "The Matrix?" Or at least on the Holodeck?

Turns out, the promises were a little ahead of their time.

"The technology of the 1980s was not mature enough," says Stephen Ellis, who continues hacking away at virtual reality at NASA's Ames Research Center.

The main effect of commercial VR-tech that's rolled out since then has largely been making the user want to throw up.

But don't give up on this turkey just yet. Experts like Ellis say advancing technology means a virtual existence may still be in the offing.

Until then, you've always got your Second Life avatar to keep you entertained.

So those are the 10 tech gobblers we came up with this Thanksgiving. After your nap, tell us which ones we left out, or which alleged turkeys you think deserve a pardon from this list.