Reporting on the Gulf oil spill from your cell phone 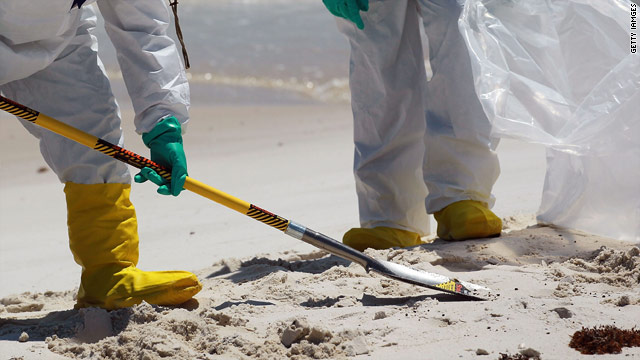 (CNN) -- As the Gulf oil spill spreads, news about it is coming from all kinds of places -- including regular people with cell phones.

Here are a few ways that you can participate in "crowdsourced" reporting efforts about this unfolding disaster and response efforts.

The Oil Spill Crisis Map, a project of the Louisiana Bucket Brigade (an environmental advocacy group) and Tulane University students, includes hundreds of field reports filed by people throughout the Gulf region. This map was built using the free open-source software Ushahidi, which was created in Kenya in 2008 specifically with cell phones in mind. You can submit a spill-related report from a cell phone or computer:

Text message (SMS) or multimedia message (MMS): Send your message to 504-272-7OIL. Text messaging works on even the most basic cell phones.

Web form: This page should display adequately enough to use in most mobile web browsers.

A similar project, which also was built using Ushahidi, is Skytruth's Oil Spill Tracker. This project only accepts reports by e-mail (reports@skytruth.org) and web form, so it's not quite as cell phone-friendly as the Louisiana Bucket Brigade's project (no SMS, MMS, or Twitter reporting).

Other oil spill crowdsourcing projects have created smartphone apps. For instance, Oil Spill Response is a free iPhone app by NVision Solutions. This app lets you file mobile reports (with pictures and location data) about oiled shorelines, oiled wildlife, and other oil-related impacts or damage.

You can opt to let this app pull your location information from your phone's GPS. Contributed reports get published to this interactive online map (which, unfortunately, won't display on an iPhone).

There's also Oil Reporter, an initiative by Crisis Commons. It features both Android and iPhone apps, and appears a bit more sophisticated and functional than the Oil Spill Response app. In addition to filing incident reports and geotagged photos, these apps also provide information on volunteering to help with the spill response, and contacting relevant government agencies. There's also an Oil Reporter Map (Android app).

More mobile crowdsourced reporting about the oil spill also is happening on the photo-sharing site Flickr, where you can upload photos from your phone via e-mail or mobile apps and other tools. Several Flickr groups have formed around various aspects of the spill. You can also find lots of spill-related photos by searching for relevant Flickr tags, or zoom in on the Gulf of Mexico coast on the Flickr Map and search for recent photos related to the Gulf oil spill.

It's true that crowdsourced reporting is a mixed bag in terms of quality and reliability. However, this approach can bring to light parts of the story that may not get much news media attention. It can also give you a clearer sense of which kinds of experiences are common in an affected region.

Being able to contribute to the ongoing story -- on the spot and from your phone -- could significantly expand and deepen our view of what's news in coming years.