Study: 82 percent of kids under 2 have an online presence 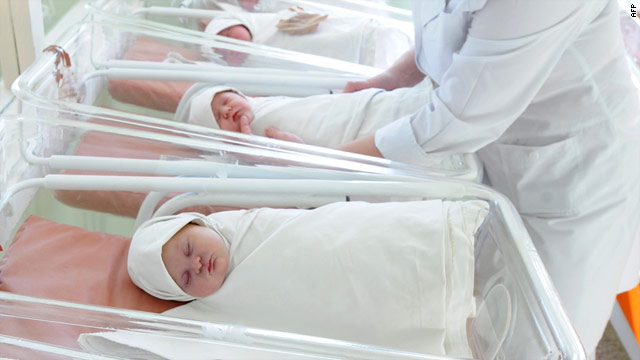 Add three more babies to the pool of those likely to have their pictures posted on the internet.
STORY HIGHLIGHTS
RELATED TOPICS

(CNN) -- Children can't change their DNA, and now it seems they're inheriting another permanent feature from their families -- an online presence.

Thanks to the ubiquity of photo-sharing websites like Facebook, 82 percent of children in 10 Western countries have a digital footprint before the age of 2, according to a study by internet security firm AVG.

The U.S. led, with 92 percent of American children under 2 appearing in online pictures, the report said.

New Zealand was a close second with 91 percent, followed by Canada and Australia with 84 percent. The study also covered the UK, France, Germany, Spain and Italy. Japan was the only country where less than half of 2-year-olds had an online presence.

AVG's report indicates that it's not necessarily a child's mother who is doing the uploading.

Only 33 percent of the 2,200 moms studied said they've uploaded pictures of their newborn or toddler to the internet. Other family members and friends often take the liberty of sharing baby pictures on the Web, making deleting them trickier for concerned parents.

Everyone likes to look at snapshots of cute babies -- or at least the babies' parents think so. But disclosing a lot of personal info, such as birth dates, middle names and mothers' maiden names -- which can be carelessly inserted into photo captions -- can aid identity thieves.

"Obviously there's a privacy issue," said AVG spokeswoman Siobhan MacDermott, "if they're applying for credit [later on] and having that information readily available for people who want to compromise their identities."

AVG, a company most known for its anti-virus software, helps governments track down people using data procured from the Web and provides helpful tips for those looking to protect themselves online. For this study, mothers from 10 countries were polled last week.

For many people, the next hurdle is figuring out how those settings work.