Google amps up its search with 'Caffeine' 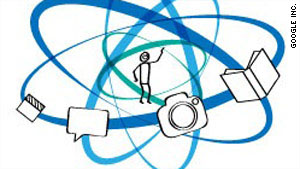 (CNN) -- If you search Google on Tuesday, you may notice that the information you're looking for is a bit "fresher" than it would have been on Monday.

"Caffeine provides 50 percent fresher results for Web searches than our last index, and it's the largest collection of Web content we've offered," the company says in a news release on its official blog. "Whether it's a news story, a blog or a forum post, you can now find links to relevant content much sooner after it is published than was possible ever before."

That doesn't mean Google has changed its search formula entirely, or that search results will pop onto your screen faster than before. Essentially it means that Google is able to find new content more quickly. So, for instance, a new Twitter update that, in the past, would be been missing from search results because Google hadn't found and indexed it yet, would be posted to Google search results more quickly with Caffeine.

Here's a promotional video from Google that explains how the search works.

The update -- which has been anticipated by tech and search-engine blogs -- comes as Google faces increasing competition from both traditional search engines and from online social networks with search-like functions.

Google is still the top search engine, with 64 percent of search queries, according to a report from the Web traffic monitor comScore, which cites April numbers. But that's down 1 percent compared to the previous month. Meanwhile, Microsoft's Bing search engine has been winning new fans, and, in general, increasing traffic. Microsoft and Yahoo! combined now make up about 30 percent of the search market, according to the report.

In terms of social networks, Twitter has become a go-to site for finding up-to-the-minute information. And Facebook in April debuted its "Like" functionality all over the Web. Some tech writers see that as a threat to Google, since Facebook is essentially trying to organize information on the internet according to the likes and dislikes of someone's friends.

Mashable, a social media blog that has a content partnership with CNN, says Google Caffeine is effective at making the Mountain View, California, company's search results more immediate: "This search is not only faster, but in some instances in our few tests, seems more capable of producing real-time results," Ben Parr wrote on the site last year when rumors of Caffeine were surfacing.

The Google search update is a sign that the company is feeling some heat from its competitor Bing, writes Charles Arthur at The Guardian.

"It's interesting to see that Google is focusing again on the element of its offering where it does lead the pack: search," he writes. "That's what made its [Google's] name, but it's clear that even if Microsoft's Bing hasn't (yet?) won the market share, it has got Google thinking about how it can improve what it does."

The blog The Next Web says the move is significant for the development of the real-time internet, and that it also "could provide a tremendous boast to not only Google's stock price, but also to its ad revenue."

To better understand how Caffeine works, it might help to think of Caffeine as a blog and the old Google as a newspaper. Where a newspaper collects content and then publishes it all at once, at the beginning of the day, a blog is constantly looking for new information and updating on the fly. This is sort of how Google Caffeine works. Rather than collecting big "batches" of Web pages to index for its search, Google is trying to publish more frequently as it goes.

"Every second Caffeine processes hundreds of thousands of pages in parallel. If this were a pile of paper it would grow three miles taller every second," Google says.

In a blog post, Google software engineer Carrie Grimes acknowledges that times are changing for search.

"Content on the Web is blossoming," she writes. "It's growing not just in size and numbers but with the advent of video, images, news and real-time updates, the average Web page is richer and more complex.

"In addition, people's expectations for search are higher than they used to be. Searchers want to find the latest relevant content and publishers expect to be found the instant they publish."