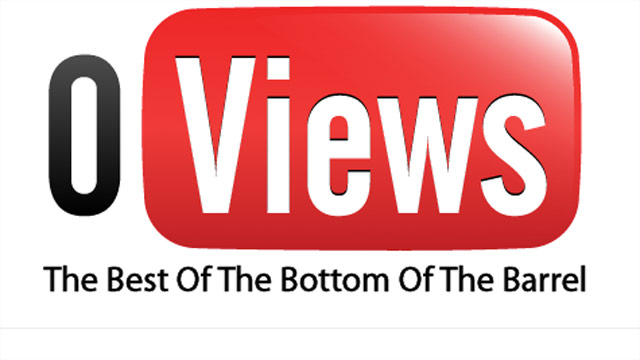 The law of averages says that for every breakaway, million-view YouTube hit, there are thousands of fails.
STORY HIGHLIGHTS
RELATED TOPICS

(CNN) -- We watch more than 2 billion YouTube videos every day, but let's admit it -- we're usually viewing a top 25 clip, a video forwarded by a friend or an old standby like David After Dentist (some of those 66 million views must be repeats).

But what happens to the gazillion other videos that are uploaded to YouTube only to languish in obscurity?

The sheer volume of stuff on YouTube -- 24 hours of video are uploaded to the site every minute -- means that for every breakaway, million-view hit, there are thousands of clips that almost nobody ever sees.

Luckily, we now have Zero Views, a new blog that scrapes the bottom of the YouTube barrel for the most entertainingly awful clips. At the time they were discovered on YouTube and re-posted, each of these videos had attracted literally zero views.

Watch the clip "Aw yo, listen," of a bandana-covered teen doing a Macarena/hip-hop solo boogie in his bedroom to Middle Eastern dance music. Admire the 23 seconds of "Don't give her no meat," featuring pet hamsters sharing a meal with a family at the dinner table.

With new videos posted daily, Zero Views videos remind us how boring, mundane and disgusting some people can be -- something that's easily forgotten if all you watch is popular videos.

Zero Views democratizes the online platform. At worst, it's a place to get a laugh, or maybe feel better about your own awkward attempts at YouTube fame. At best, it gives equal footing to all of us -- even people who, measured solely by online viewership, nobody cares about.

If you need to cleanse your video-watching palate afterwards, watch the "100 GREATEST HITS OF YOUTUBE IN 4 MINUTES" a clever compilation of skateboard wipeouts, cute babies and keyboard-playing cats. It's gotten more than 7 million views.

But after spending some time with Zero Views, the popular videos may seem a little less real.