WikiLeaks salaries to be revealed in new report 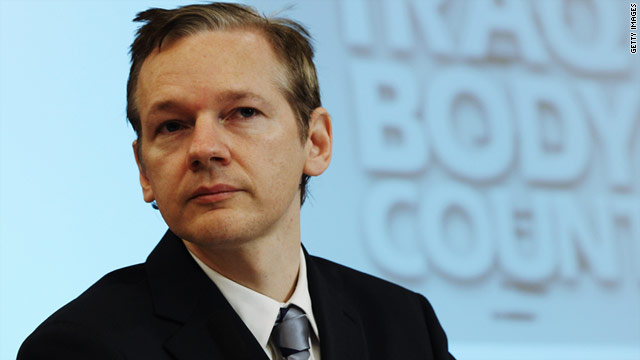 WikiLeaks has raised at least $1 million in general donations, according to statements Julian Assange made earlier this year.
STORY HIGHLIGHTS
RELATED TOPICS

(WIRED) -- Expenses and salary earnings for paid WikiLeaks staff will be revealed for the first time in a report expected to be published by the end of this year, according to Kristinn Hrafnsson, a spokesman for the secret-spilling organization.

Hrafnsson, speaking Wednesday in London on a panel discussion at the Frontline Club, said that the Wau Holland Foundation -- the Berlin-based non-profit that handles most of the money donated to WikiLeaks -- will finally be detailing how WikiLeaks has spent funds from the more than $1 million it has raised in the last year. The report has been expected since August.

"At year end [Wau Holland] will give a breakdown of how they have reimbursed our costs and the staff salaries of people who are getting paid," Hrafnsson said. It's the first indication that some WikiLeaks staffers have been receiving salary payments for their work.

The report, if complete, should also detail what money WikiLeaks has paid out to date for the defense fund of Army Pfc. Bradley Manning, who confessed in online chats to a former hacker that he downloaded classified documents from Army networks -- including 260,000 U.S. State Department cables -- and passed them to WikiLeaks. Manning is currently being held at the U.S. Marine Corps brig at Quantico, Virginia.

WikiLeaks has actively sought donations for Manning's defense. According to an e-mail to Wired.com from Wau Holland Vice President Hendrik Fulda in September, WikiLeaks authorized him to release funds from its account for Manning's defense sometime that month. The money was expected to go to Courage to Resist, a California-based group that supports veterans.

Fulda said at the time that the amount was still to be determined. Courage to Resist director Jeff Paterson said Manning's legal defense was expected to cost about $100,000 and WikiLeaks was expected to cover "about half" of this.

WikiLeaks' founder Julian Assange has recently declined to publicly comment on any payment for Manning's defense, despite soliciting donations for the cause. Assange said at a press conference in Geneva in November that his group had been advised not to talk about it anymore.

WikiLeaks has raised at least $1 million in general donations, according to statements Assange made after April when his site published a classified Army video taken in Iraq. This was before his organization released three massive caches of documents. The first cache published in July included almost 77,000 documents pertaining to the war in Afghanistan. The second cache published in October consisted of 400,000 documents from the Iraq war.

The most recent cache -- of more than 250,000 U.S. State Department cables -- were released to several media outlets and are being published in daily installments of about 80 documents by WikiLeaks. Manning is believed to be the source for the video and the documents.

"The best period of donation was prior to the big releases, when WikiLeaks had to close down for lack of funds," Hrafnsson said at Wednesday's panel. "It has gone in curves, and it has been interrupted also because our credit card processor decided to terminate the relationship with WikiLeaks."

Fulda told Wired.com in July that WikiLeaks had received 640,000 euros (U.S. $800,000) in donations through PayPal or bank money transfers since late December. Most of the money poured in after WikiLeaks went offline last December after running out of money, and pleaded for donations.

As of July, WikiLeaks had spent only 30,000 euros (U.S. $38,000) from that funding, most of it going to pay the travel expenses of Assange and its then-spokesman Daniel Domscheit-Berg, as well as to cover the costs of computer hardware, such as servers, and leasing data lines. WikiLeaks has claimed in the past to have $200,000 in operating costs.

In September, Fulda told Threat Level that WikiLeaks was not currently paying a salary to Assange or other volunteers from this funding, though there had been discussions about doing so in the future.

"If you are drawing from volunteers who are basically doing stuff for free and if you start paying money, the question is to whom, and to whom not, do you pay, and how much?" Fulda said at the time. "It's almost a moral question: How much money do you pay?"

The foundation manages donations sent to WikiLeaks from people around the world through PayPal and wire transfers directed to a bank account controlled by the foundation. It did not handle donations submitted through Moneybookers, a PayPal-like service, that WikiLeaks had listed on its website as a method for donating until Moneybookers suspended the WikiLeaks account in October.

Moneybookers said it halted the account after learning that WikiLeaks had been put on a U.S. government watchlist, though there's been no other indication that the group was actually placed on such a list, and the U.S. has denied it.

WikiLeaks may have other sources of funding aside from money handled by Wau Holland -- perhaps from private donors and other foundations -- but Fulda had no knowledge of them.

WikiLeaks approached the foundation last year to manage its donations because of its reputation in supporting the concept of freedom of information. Although the foundation is run by unpaid volunteers, Fulda said its advantage is that it has a more formal structure to manage funds than does WikiLeaks.

"We have certain responsibilities for this money, and we are taking this seriously," Fulda said.

Fulda said the foundation had received only about 5,000 euro (U.S. $6,000) in donations on behalf of WikiLeaks before the organization's site went down last December. Donations began pouring in once people saw in January that the site needed help, Fulda said. WikiLeaks' plea for donations indicated the site needed to raise at least $200,000 to cover a year's worth of operating expenses, increased to at least $600,000 if its volunteers were to be paid.

"Just asking for money [before this] didn't really work," Fulda said at the time. "There was nothing coming in. But when the website had to go down because of lack of funds, then money was coming in."

The site's pledge break lasted for five months, during which its archive of leaks was largely unavailable. But in April WikiLeaks enjoyed a surge in fundraising when it released its first giant newsmaking leak: the "Collateral Murder" video of a 2007 helicopter attack in Baghdad. WikiLeaks claimed it raised more than $150,000 in just two days after the release of the video.

Hrafnsson didn't say how much in contributions the organization has received since the diplomatic cable release this week. But WikiLeaks is demonstrably amping up its fundraising as U.S. pressure on the group mounts.

On Wednesday, Amazon, which was providing cloud hosting for WikiLeaks, cut off the site in apparent response to pressure from Senator Joseph Lieberman (I-CT). WikiLeaks quickly recovered with new hosting, and sent out a message on its Twitter feed -- "KEEP WIKILEAKS STRONG" -- with a link to its donation page.

The WikiLeaks web site now also includes a separate donation channel for contributions to a legal defense fund for founder Julian Assange, who is facing a sex-crime investigation in Sweden.