Five most underreported stories of 2010 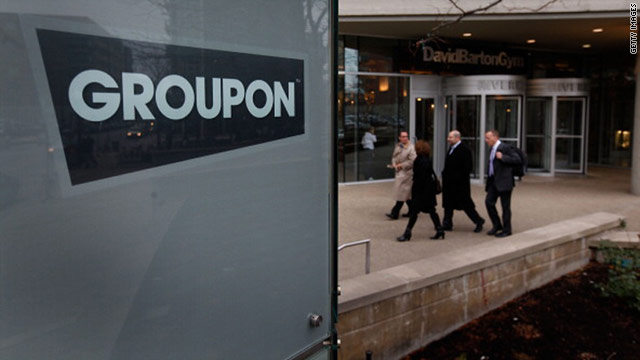 Groupon just turned down a $6 billion buyout offer from Google, but this isn't a 1999-esque tech bubble.
STORY HIGHLIGHTS

(Business Insider) -- This was another crazy year for technology, full of cool new products, scandals, clashes and upsets. It was a big year for Facebook, WikiLeaks, the iPad and Google's Android system.

But not all the significant stories made headlines in 2010.

Here are five tech stories that went overlooked and underreported the most this year.

Apple's slow and clumsy move into the "cloud"

Apple does a magnificent job with gadget hardware and software. And it has led the App Store craze, starting with the iPhone and iPad, coming soon for the Mac and eventually for Apple TV.

But Apple is still way too tied to the desktop, especially when it comes to its iTunes music service. Why can't we access all of our iTunes songs from anywhere? Why can't we stream our home iTunes library to our work computer via the Web, without any extra software? Why do we have to be at home and plug our iPhone into our computer via a USB cable to sync up songs?

And it's not just music. Why is Apple's file-syncing service so behind the competition, like the much-better Dropbox? Why is the iPhone's built-in photo and video sharing so limited? Why does an iPad need to be activated on a computer first?

Google is a real threat here, so Apple is going to have to make big steps here in 2011 to keep up.

This isn't actually another tech bubble

Take a look at the headlines, and you'd think this was 1999 all over again. Groupon, the fastest-growing internet company ever, which barely existed two years ago, just turned down a $6 billion buyout offer from Google. Twitter is now worth almost twice as much as the New York Times Co.

Startups are raising millions of dollars left and right for seemingly dumb ideas.

But here's the difference between now and the big dotcom meltdown last decade: The money that's changing hands right now isn't coming from mom-and-pop investors. The masses aren't watching their kids' college funds get nuked after an internet IPO went bad. Not this time.

Instead, the money is coming from venture capital funds, whose leaders' careers are based on these sorts of investments, and it's getting poured into private companies who can't peddle their shares to the public nearly as quickly or as irresponsibly. Hulu would have had no trouble going public in the dotcom boom. It is now.

And yes, some of the money is increasingly coming from rich "angel investors" and some Hollywood celebrities, like Ashton Kutcher, who want to cash in on the Web. But no one's going to cry if those people lose a few million dollars on bad startup bets.

It makes sense that TV and movies will increasingly, eventually be consumed over the internet. But for now, the cable and satellite companies dominate the scene.

Sure, Apple TV and Roku are both approaching the 1 million-sold mark, and plenty of Xbox 360 owners are using their video-game machines to watch video over the internet.

But for all the talk of "cord-cutters" and all the excitement around Netflix, the vast majority of people are still paying for television and watching much more of it on their TVs than via the internet.

We're also starting to see signs of cable companies learning how to use the internet and mobile devices better, such as new iPad apps from Comcast and Verizon FiOS. But the cable guys still have the best content at any price, and that's not going to change quickly.

Plus, because the cable and phone companies are also the biggest internet service providers, if they start seeing big numbers of people disconnecting cable to watch video online, they can always make internet access a lot more expensive for video streamers.

Twitter is a neat product that's very popular with influential tech and media types, and the company has a lot of potential. But its new goal -- becoming one of the world's biggest media companies -- is going to be challenging. Because most people simply don't use Twitter.

A recent Pew study about Twitter reveals that only 8% of American adults who use the internet use Twitter -- only 2% on a typical day. And of Twitter users, almost half of them rarely or never use it to read a word of what anyone else says.

Twitter's U.S. traffic growth has stalled, and it's smaller than the Huffington Post. And when it comes to sending readers to the Gawker Media empire, Twitter has grown far slower than Facebook and even StumbleUpon.

That isn't to say Twitter can't become mainstream. But it isn't now.

How Amazon saved the Kindle

As far as tablet-shaped objects go, Apple's iPad got all the headlines this year. Many had written the Kindle off for dead: Why would someone buy a black-and-white e-reader than does only one thing when a color-screen tablet does so much more for not that much extra money?

But some savvy moves on Amazon's part kept the Kindle as a contender. And this week, Amazon declared the new Kindle 3 its best-selling item of all time, passing the seventh volume of the Harry Potter book series.

The most important thing Amazon did was radically lower the Kindle's price to $139. This made it a gadget that millions more people could justify buying.

Amazon also continued to focus its product efforts on making the Kindle the best device for reading books, putting a premium on things like screen readability, outdoor performance and battery life.

And it continued to develop the Kindle as an e-book platform, which works on multiple devices, so you can start a book on your Kindle, read more of it on an iPad and then finish it on an Android phone.

Amazon also made excellent TV commercials, stressing these key points, so that consumers would understand why they would still want to buy a Kindle in the post-iPad era.