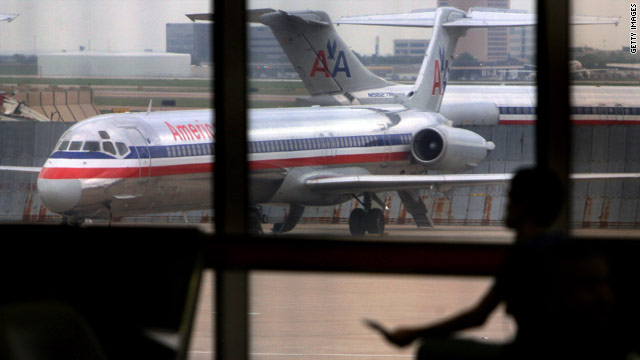 (CNN) -- The new tarmac delay rule going into effect this week will be strongly enforced, the U.S. Secretary of Transportation said Tuesday.

"I just think that has to be part of our plan in order to make sure that passengers understand and that airlines understand that we're serious about this," said DOT Secretary Ray LaHood at a news conference.

The rule, set to take effect Thursday, is designed to prevent planes on domestic routes from sitting on the tarmac for more than three hours with passengers on board.

Airlines who violate the rule could face fines of up to $27,500 per passenger, the maximum allowed for violating any aviation consumer rule.

"We just leveled a $16 million fine which was the maximum fine we could level against Toyota. So I don't think anybody thinks that Ray LaHood is not going to have strong enforcement," LaHood said, referring to a string of safety violations that have plagued the auto manufacturer.

The regulation was prompted by consumer complaints about lengthy tarmac delays dating back several years, but LaHood said the tipping point for the DOT came after 47 passengers on an August flight diverted to Rochester, Minnesota, spent the night stranded on the tarmac with little food and a broken toilet.

"There was no common sense used, no decency towards people that were sitting on a plane," LaHood said.

Last week, the Department of Transportation denied requests from JetBlue, Delta, Continental, American and US Airways for exceptions to the rule, which were prompted by runway construction at New York's John F. Kennedy International Airport, one of the nation's most congested airports.

Delta and American Airlines also requested exemptions at JFK, and Continental Airlines followed with its own request that added neighboring LaGuardia and Newark Liberty International airports.

US Airways asked for a similar exemption at its hub at Philadelphia International Airport, arguing that "it shares the same airspace, is part of the same air traffic control center (New York Center), and has the same congestion challenges as JFK, LaGuardia and Newark."

In its ruling, the department indicated that it may take the construction at JFK into account "when deciding whether to pursue enforcement action for failing to comply with the rule and the amount of the fine, if any, to seek as a result of noncompliance."

Airlines could reroute or reschedule JFK flights to minimize congestion, the department said. On Tuesday LaHood said he expects the airlines to make contingency plans to accommodate planes likely to be delayed.

"They're going to have to make slots available [for planes]. They haven't done it in the past because they haven't had to. Now they'll have to," he said.

Airline passenger advocate Kate Hanni, founder of FlyersRights.org and a supporter of the tarmac delay rule, was pleased the exemptions were denied.

"We are both thrilled and gratified that DOT has taken a hard stand against long tarmac delays as a safety issue. We believe that 700 million travelers a year will benefit knowing they can reasonably predict the outcome of their flight knowing they cannot be held longer than three hours in a sealed metal tube!" Hanni said via e-mail last week.

Another passenger advocate, David Stempler, president of the Air Travelers Association, is opposed to the three-hour rule, stating that "placing time deadlines on safety-related activities should never occur."

The rule "creates not only safety concerns for passengers, but misery in the from of many more canceled flights," he said.

Stempler and other opponents of the rule say airlines are likely to cancel more flights during the busy summer travel season to avoid penalties incurred by long delays.