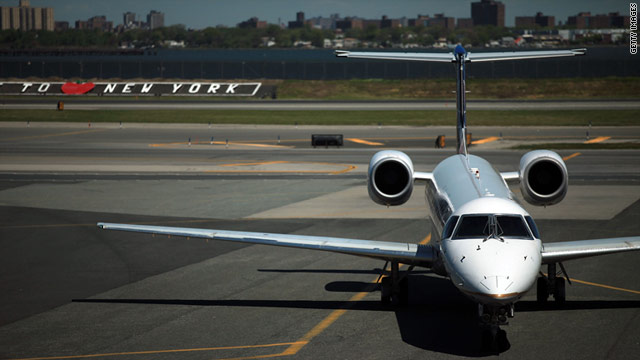 There were no tarmac delays lasting more than three hours in October, according to a Department of Transportation report.
STORY HIGHLIGHTS
RELATED TOPICS

In October 2009, 11 flights experienced such delays. There have been 12 delays this year from May to October, compared to 546 during the same period in 2009.

A new aviation consumer rule went into effect April 29 threatening hefty fines for airlines that keep passengers on the tarmac for more than three hours.

The rate of canceled flights in October was in line with last year, dropping from 0.99 percent of scheduled domestic flights last October to 0.97 in 2010.

"We appreciate the effort the airlines are putting into making this new rule work effectively for the benefit of their passengers," U.S. Transportation Secretary Ray LaHood said in a statement.

On-time performance in October was nearly 83.77 percent, above the average of 80.72 percent for October in the past 15 years, according to the Bureau of Transportation Statistics.