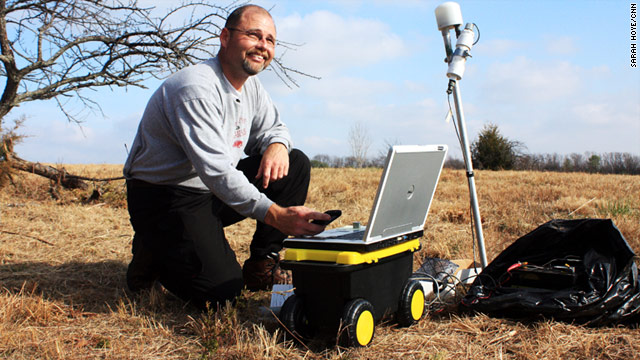 More than 500 measurable earthquakes have been reported in central Arkansas since September 20, ranging in magnitude from a barely noticeable 1.8 to a very noticeable 4.0 (recorded on October 11), according to the U.S. Geological Survey.

Steve Wilson is looking forward to the quakes going away, he said.

"In the beginning, it was fun, it was neat, it was a cool thing to experience. But now we're wanting it to go away," said Wilson, assistant superintendent at Woolly Hallow State Park. "We've had all the fun we want."

Although drilling for natural gas has been ruled out as a cause for the quakes, experts want to continue looking at salt water disposal wells, said Scott Ausbrooks, geohazards supervisor for the Geological Survey. Disposal wells occur when drilling waster is injected back into the earth after drilling.

Earlier this month, the Arkansas Oil and Gas commission issued an emergency moratorium on permits for new disposal wells. The commission will ask for a six-month extension for the moratorium at a January regulatory meeting.

The state also will soon become one of a few to require companies to disclose the chemicals used in fracking fluid, the water-and-chemical solution used in high-pressure drilling operations, said Shane Khoury, deputy director and general counsel for the Arkansas Oil and Gas Commission.

"I think everyone recognizes that there is an increased number of seismic events occurring in and around this area. If you look at the maps, at least circumstantially, there appears to be evidence that they may be related to disposal operations," said Khoury. "But we also know that this is an area that is historically active."

Meanwhile, Sam Higdon, the mayor of Guy, says the quakes' novelty is worn out.

"I think everyone just kind of figures maybe it'll just go away," he said. "And that's what we're all hoping."