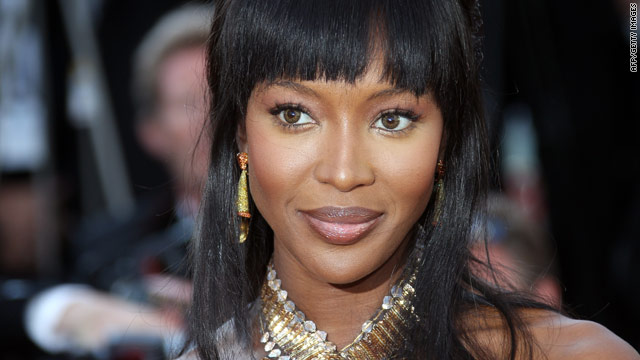 They said Campbell received rough diamonds from Taylor, and claimed her testimony would prove that the former president "used rough diamonds for personal enrichment and arms purchases," according to papers filed with the U.N.-backed court.

Campbell has said she does not want to be involved in the case, prosecutors said, forcing them to ask the court to issue a subpoena ordering her to appear.

Prosecutors said they learned last June that Taylor had given the supermodel a diamond in South Africa in 1997. The actress Mia Farrow confirmed it, they said.

"Ms. Farrow was present at the reception where the accused met Ms. Campbell and was told the next morning by Ms. Campbell about the gift," they said in the court papers.

Campbell's lawyer did not respond to repeated prosecution e-mails and phone calls earlier this year after The New York Times reported that Campbell was cooperating with the prosecution, court papers say.

She was confronted on Oprah Winfrey's television show with the accusation that she had received a diamond from Taylor, and did not deny it, prosecutors said.

"I don't want to be involved in this man's case -- he has done some terrible things and I don't want to put my family in danger," they quoted her as saying.

Campbell did not immediately respond to CNN request for comment about the case.

Taylor, 62, has been on trial for nearly three years. He is accused of fueling a bloody civil war in Sierra Leone that led to widespread murder, rape and mutilation.

The war, which involved riches from the diamond trade, was fought largely by teenagers who were forced to kill, given addictive drugs to provoke violent behavior, and often instructed to rape and plunder.

"I am not guilty of all of these charges, not even a minute part of these charges," he said in the first day of defense testimony last July. "This whole case is a case of deceit, deception, lies."

The trial is being held at the Special Court for Sierra Leone, in The Hague, the Netherlands. The court was set up jointly by the west African country of Sierra Leone and the United Nations.

The court did not immediately respond to a CNN e-mail about when it would rule on the prosecution request for a subpoena, or what power it would have to enforce it.

The prosecution also asked to be allowed to reopen its case or to present the Campbell and Farrow testimony in its rebuttal. The case is now in the defense phase.