Can Africa break its 'resource curse'? 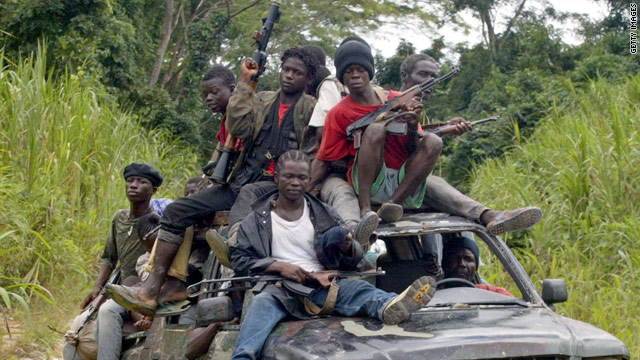 London, England (CNN) -- Many African countries are blessed with oil and mineral wealth that has the potential to transform their economies. But historically, those resources have often been more of a curse than a blessing.

There are numerous examples of African nations where the discovery of natural resources has been followed by economic instability, conflict and environmental damage. So common is the phenomenon that it even has its own name -- the "resource curse."

Michael T. Klare is a professor of peace and world security studies at Hampshire College in Massachusetts, United States, and the author of the books "Resource Wars" and "Blood and Oil."

He told CNN, "'Resource curse to me applies specifically to poor countries that don't have a lot of sources of wealth to begin with; then there's a discovery of a major resource -- oil or copper or gold -- that suddenly becomes a major source of wealth for that country.

It leads to the concentration of wealth in the hands of a few.
--Michael T. Klare, author "Resource Wars"

"Theoretically the development of that resource could produce great wealth for that nation, but historically it leads to the concentration of wealth in the hands of a few -- those who monopolize the collection of rents from the mining or the drilling for oil -- and the exclusion of the majority from any benefit."

The result, said Klare, is repressive governments that cling to power, so they can monopolize the collection of resource wealth, and an impoverished population -- a recipe for conflict.

The resource curse is by no means limited to Africa, but the continent has produced some examples of the curse at its most destructive.

Government forces and armed groups have vied for control of resources, with the proceeds from their sale funding more weapons, which prolongs the violence.

Bloody conflicts in DR Congo, Liberia, Ivory Coast and Sierra Leone have all been partly funded by the sale of blood diamonds.

Klare explained violence can also come about when minority groups in a resource-rich area feel excluded from political power and the wealth generated by a resource. Sometimes, separatist groups try to claim ownership of the land where that resource originates -- such as in Angola's oil-rich Cabinda region.

As well as promoting conflict, extracting minerals and oil can also have a devastating environmental impact, such as in Nigeria's Delta region, the site of more than 6,800 recorded oil spills.

But resources can have a less obvious, more insidious effect on a country. Klare said resource-rich countries often become overly dependent on a single resource, to the detriment of the rest of the economy.

Equally, newly-found resource wealth can lead to corruption and cronyism. Nigeria is a prime example, where the country's own corruption agency estimates between $300 billion to $400 billion of oil money has been stolen or wasted over the last 50 years.

But there are exceptions in Africa that show resources needn't be a curse. Botswana, with its diamond wealth, and mineral-rich Ghana have both managed to benefit from their natural resources.

Paul Collier is a professor of economics and director of the center for the study of African economies at Oxford University, and an advisor to the IMF and World Bank.

He told CNN Botswana had benefited from having good leadership, a functioning democracy, and a competent civil service from the time its diamond-wealth was discovered in the 1960s.

He added that if a country is to avoid the "resource curse" it must build an informed civil society that is aware of the kind of issues involved.

"There's no substitute for building a critical mass of informed citizens," he said.

"It doesn't have to be everybody -- sometimes just 10,000 people, but it doesn't mean just get a good finance minister -- it has to be a bigger group than one or two technocrats.

To that end, Collier has helped set up the Natural Resource Charter, a website and 12-point plan aimed at helping the governments and citizens of resource-rich countries use those resources wisely.

As African countries discover new resource wealth -- such as recent oil finds in Uganda and off the coast of Ghana -- Collier believes they can learn from the continent's past mistakes.

"What's hopeful is people are much more aware of the issues," he said.

He gave the example of Angola, whose enormous oil wealth still has the potential to benefit the entire population..

"The stakes are enormous in Angola," he told CNN.

"Whether the present generation of children, by the time they're adults, will be living in an upper-middle income society, like [oil-rich] Malaysia, or whether they'll be living in a country that's stuck in levels like DR Congo and Nigeria -- that's what's at stake.