Zambia charges Chinese in mine shootings 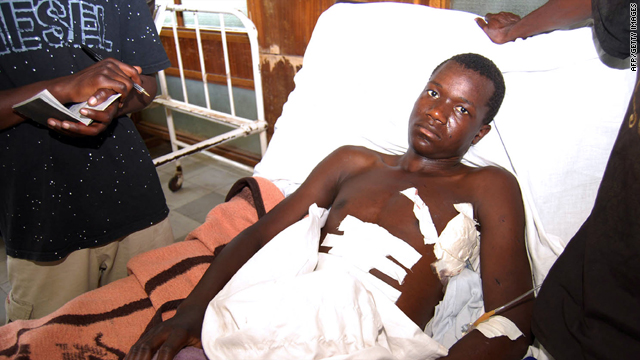 Lusaka, Zambia (CNN) -- Officials in Zambia have charged two Chinese mine managers with the attempted murder of 11 of their employees at a coal mine in the southern part of the African country last week.

The suspects, Xiao Li Shan and Wu Jiu Hua, are expected to remain in custody as they await trial.

The managers at the Chinese-run Collum coal mine in Sinazongwe district -- some 186 miles (300 kilometers) south of the capital, Lusaka -- allegedly shot and wounded 11 miners during a work dispute, said Sinazongwe District Commissioner Oliver Pelete and Zambia Police Inspector-General Francis Kabonde.

The mine's management has repeatedly locked horns with its employees over the years because of pay and working conditions. In June, about 22 miners were injured underground.

The Zambian government closed the mine, temporarily, because it lacked adequate safety standards last year.

After the shooting, Zambian Labour Deputy Minister Simon Kachimba warned the government would not allow investors to abuse workers, the state-run Zambia National Broadcasting Corporation (ZNBC) reported. He did not specifically single out companies from China.

The Asian giant is a significant investor in Zambia , which is rich in coal and copper reserves.

But its companies fall under near constant criticism from labor unions, opposition politicians and ordinary people over what they say are the unsafe working conditions and low wages offered to locals by the Chinese-run firms.

Mines Minister Maxwell Mwale and other government ministers have warned Chinese investors to abide by Zambian laws and to do a better job of protecting their employees.

Opposition leader Michael Sata, who partly campaigned on an anti-China platform during the 2006 elections, has repeatedly condemned what he sees as Chinese investors' mistreatment of local workers.

The worst accident involving a Chinese company in Zambia happened in 2005 when close to 50 people were killed in an explosion at the Beijing General Research Institute of Mining and Metallurgy factory in the town of Chambishi.